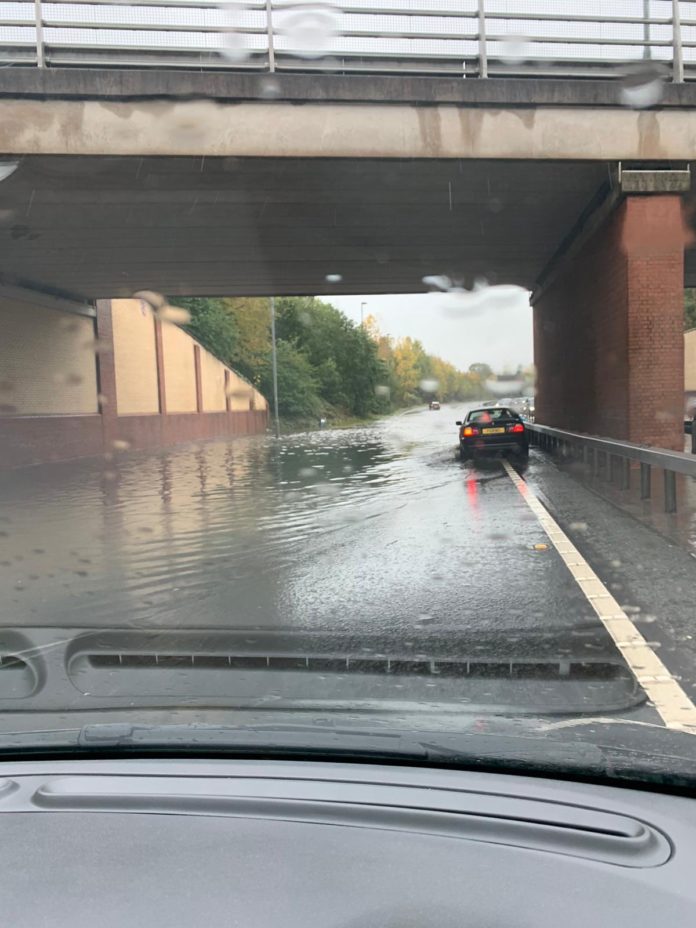 Once again heavy rain has seen the downfall of the much vaunted Airport Relief Road.

Yesterday standing water saw the road closed and remain closed overnight, in both directions, between the Oil Terminal at Bramhall and the A34 junction at Handforth Dean.

The road opened last year after delays and issues which included at the time, drainage issues which Stockport Council said would lead to danger of collapse as well as the liquidation of the construction firm Carillion

It has been closed twice by flooding.

A nine day closure followed in July/August 2019, with flooding in the dip on the A555 and elsewhere in the new and old section of the road.

Pumps that are supposed to keep the A555 dip free of flooding were overwhelmed by water flowing down from the new Airport Road section.

Stockport Council announced after that incident that new pumps were to be installed but the rainfall of the past two days appears to have defeated those attempts.

How Cameron’s Big Society shrank during the recession