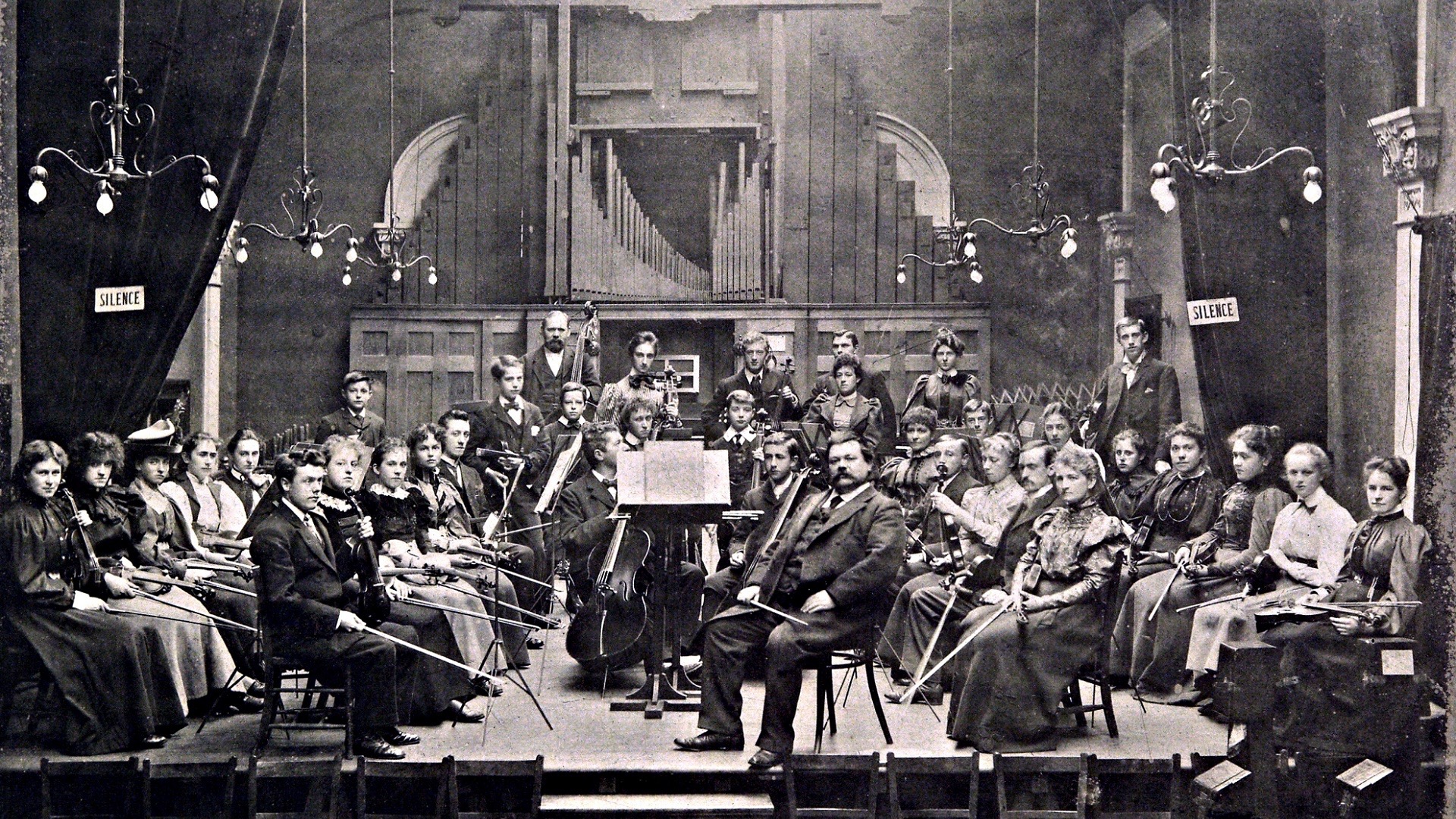 The Royal Northern College of Music (RNCM) has received funding from the Arts and Humanities Research Council (AHRC) Engagement Centre: Everyday Lives in War, First World War to present a new research project centred on music in Manchester during World War I.

Drawing on the archives of the RNCM (formerly the Royal Manchester College of Music, RMCM), Henry Watson Music Library and Hallé Concerts Society, Making Music in Manchester during World War I will bring to life the music of the city and wider region at this time through interactive performances, workshops, exhibitions, and online resources.

Led by Professor Barbara Kelly, RNCM Director of Research, assisted by College Archivist Heather Roberts, researcher Geoff Thomason, partners and volunteers, the project will involve an important performance element to recreate some of the music heard at the RMCM and in the North West during and just after the war years. The RNCM will also work with regional bands to explore the fascinating story of WWI bandsmen who, on their return from service, received scholarships to study at the College after the war.

Professor Kelly said: ‘We are delighted to have the chance to work with community partners and volunteers to explore the under-studied traces of music making in Manchester during and immediately after WWI. These fascinating under-explored collections include everything from concert programmes and private letters, to records, committee minutes, and newspaper cuttings.

‘Over the course of 10 months we will work closely with people at the Henry Watson Library, Hallé Concerts Society, and regional brass bands to look at the music performed in the city and region at this time, making comparisons with musical life in London and Paris. Together, we will cast light on the students who remained at the Royal Manchester College of Music, and professionals and amateurs who performed throughout the Manchester area to see how the turbulence and trauma of war affected lives and music making.’

Starting in March 2016, Making Music in Manchester during World War I will include performances by current RNCM students who will recreate selected wartime concerts that took place at the College and throughout Manchester. There will also be exhibitions of selected materials from the combined archives, which will be on show at the RNCM, Central Library and online.

The general public are invited to contribute their own personal items to the exhibitions relating to regional music in wartime, and they will have the opportunity to participate in a project blog, which will be set up and managed by Heather Roberts and volunteers.