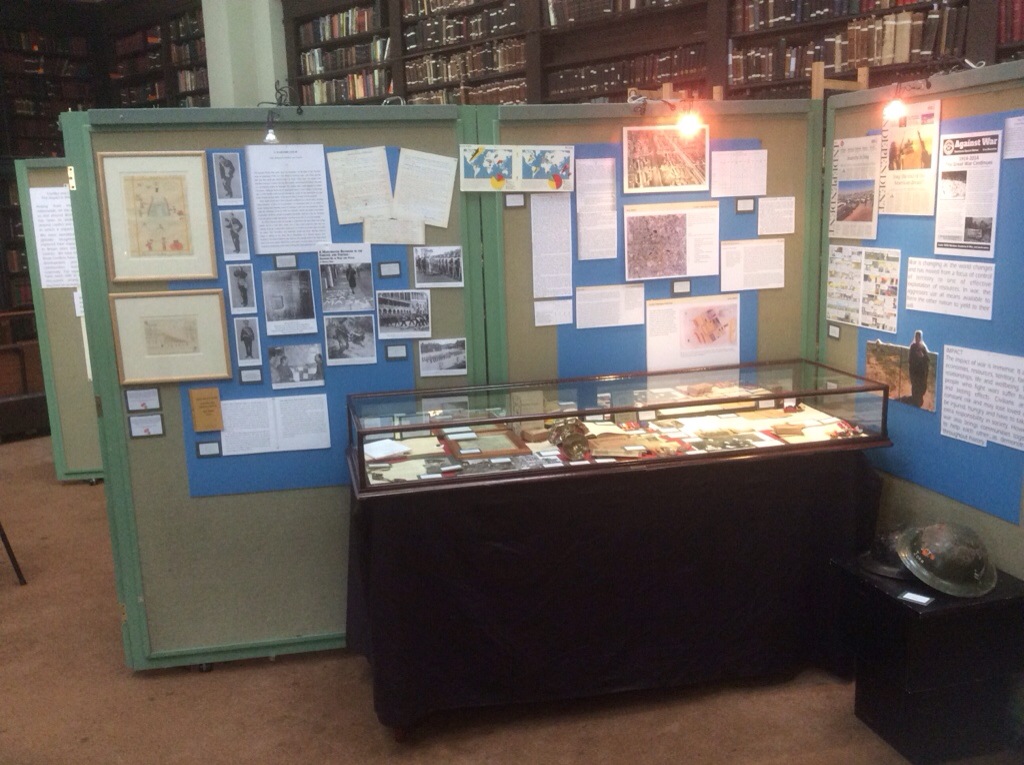 With the concentration in the country on the centenary of the 1st World War, Manchester’s Portico Library’s new exhibition aims to widen the discussion around conflict and the way it impacts on communities around the world.

Opened by writer, broadcaster and Portico member Stuart Maconie, the exhibition identifies seven themes and portrays then using its extensive volumes of books and manuscripts.

The timeline of the British army shows that since 1800, the country has been involved in fifty nine conflicts the first French revolutionary wars which ended in 1802 to present day Afghanistan.Thus section includes the list if regiments that served under the Duke of Wellington at Waterloo, a Russian chronicle of the Crimean War. A cabinet of personal effects from World War Two, Manchester’s post war planning through to the modern conflicts in Iraq and Afghnaistan.

Most poignant are the Portico’s own wartime experiences, a committee meeting of Nivember 1914 when members elected to allow Belgium refugees onto the premises while a comparison of the lists of Propriotors of 1914 and 1918 shows how many did not return

However it is not just war.Terrorism aims for a severe and lengthy psychological impact and creates a community of fear.london’s 7/7 attacks, the murder of Lee Rigby and the IRA bombing of Manchester which broke two panes of glass in the Portico’s dome.

The impact of slavery especially that of the Trans Atlantic.A graphic photo of the scars of a Louisiana slave whipped who took two months in bed to recover and a reminder that slavery is still all around.There are an estimated twenty million still in slavery and at least 5,000 trafficking victims in the Uk alone.

In 1948, the British artist Ronald Searle war commissioned along with fellow artist Paul Hogarth to document the reconstruction if war torn Europe and the plight of its refugees.The exhibition has his sepia pen and ink drawing of the former concentration camp at Auschwitz and explains how he recalled after why he could not understand so called civilized and cultured people conceiving and executing a plan to deliberately eliminate a particular section of humanity.

No one seems to know the meaning of it…..it is not known where it originates, by whom or for what purpose…The Indian papers are full of surmises, it is called the chupatty movement….Throughout the night, men were running through the jungle from village to village with bundles of chupatties in their turbans handing them over to night watchmen who were instructed to make four of five others like them 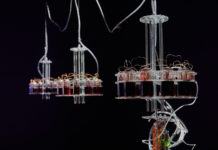 Is Democracy Broken -the latest Debate from Discuss