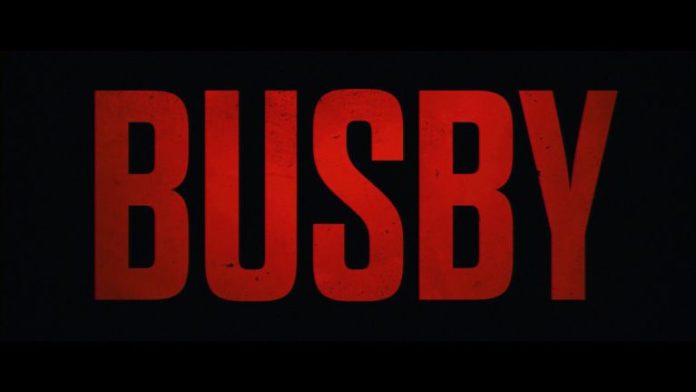 BUSBY is a film about the definitive football manager. A companion piece to The Class of ‘92, this documentary will not only comprehensively celebrate the man who won all there was to win, and whose Busby Babes paved the way for Beckham et al, but it will also present a man whose tenacity and faith carried him through the toughest of times.

Perhaps to football fans of recent generations the story of Manchester United manager Sir Matt Busby has been lost somewhat. The name still has immense relevance of course, but the detail may have fallen victim of time.

This film reconnects this monumental story to the people who may be unaware of it in great detail.

For people who may be more aware of the story, it offers a superb and emotionally charged trip down memory lane.

Not only does ‘BUSBY’ create a connection with the great manager it is also a lens through which we can see how the beautiful game has evolved, for better and worse.

The game was different in Busby’s day and the contrast looking back is startling. If it is the equipment used in training, the pitches the games took place or merely the footage itself you get a real sense of the era in which the story takes place.

Some of these changes were directly down to the man the film focuses on. The ‘tracksuit manager’ is a term that comes from Busby. The old suited and booted image of the football manager transformed to a boss who rolled up his sleeves and got involved with training.

The emphasis on a family-based system around the football club which became linked to the club after Sir Alex Ferguson built on the foundations of the philosophy that Busby had put in place during his memorable spell at the club.

The audience is taken on a journey during this film, a journey that at times has you stunned at what the manager achieved and at others overwhelmingly emotional at what he had to face.

The obvious low point, the Munich air disaster which saw a team Busby built using young players ripped apart when players had their lives taken in one of footballs biggest tragedies.

But with the low points come the opportunities to once again return to the top and against all odds, it is something that Busby was determined to achieve.

As with the story of many great managers the great player that they helped create feature heavily. The signing of Tommy Taylor from Barnsley was a major point in Busby’s early reign. As well as later with the signing of Denis Law.

Special emphasis is put on players such as Duncan Edwards, George Best and Bobby Charlton during the film. Some of the best players of their generation moulded and taught by Bubsy.

While the film will be of special interest to football fans, especially the red half of Manchester, it is an exceptional watch for anybody.

Oldham Athletic & Stockport County are looking for cupsets this weekend in the FA...