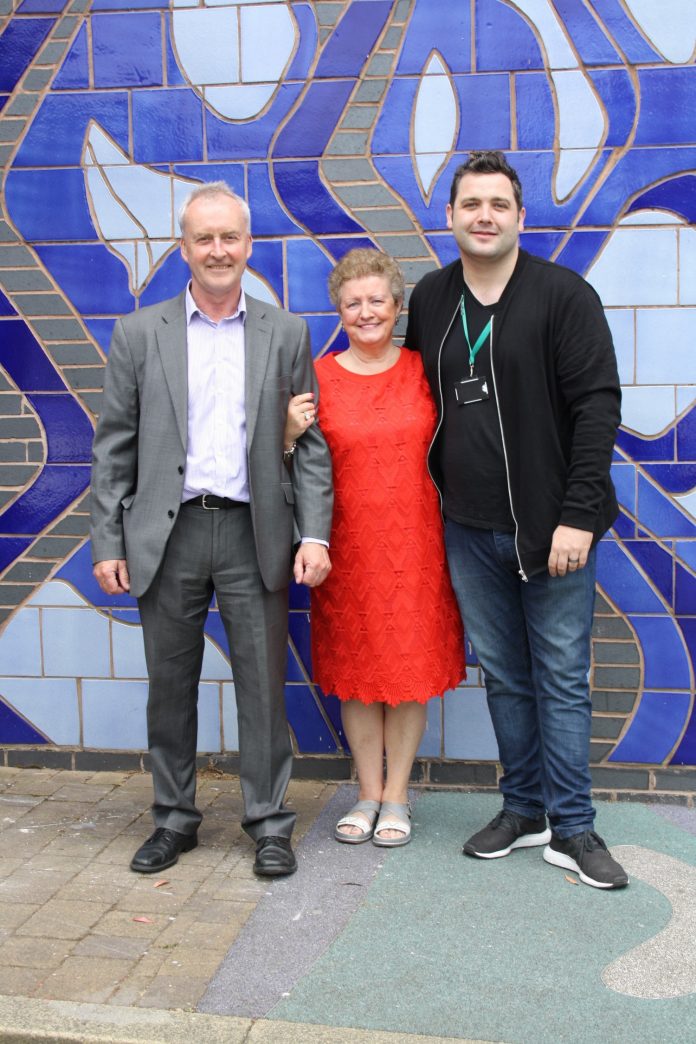 PEOPLE-POWER has triumphed in helping to bring back the beating heart of a Hulme community.

Residents were devastated to lose the Aquarius Centre – previously run by a community group -two years ago so they approached their social landlord One Manchester in a bid to bring it back.

Led by lynchpin of the community, Sally Casey, who has been involved with the Aquarius Centre for over 40 years, and fellow tenants’ and residents’ association member, Hazel Bedford, One Manchester was positive about getting on board and turning it into the vibrant hub it once was.

After successfully securing the lease on the Eden Close building they have spent months completing health and safety works and breathing new life into the much-missed community centre.

At a special launch event yesterday the Aquarius Centre was officially opened to its adoring public. Fittingly Sally, Hazel and members of the Over 50s exercise class which Sally set up at the centre in 2009 were given the honour of cutting the ribbon to declare the venue well and truly open once more.

Sally said it was a day she never dared hope would happen.

“It was very sad when the centre closed,” said Sally.

“Every child and user was left with nowhere to go; the tenants association, the art group we set up, the over 50s exercise class. So many had to travel elsewhere. We lost an awful lot and we lost the rapport with the residents who used it.

“When we set up the over 50s group people came from all over and it wasn’t just about keeping fit; it blossomed into a social event especially for people who were lonely or stuck in their homes. Our oldest member is 86.

“We decided to approach One Manchester about taking up the lease and they were very positive and said yes.

“Facilities in this area are minimal and over the years we’ve had everything, and every green space taken from us.

“I am delighted to see it open again, I really am. It’s going to be lovely to see the children there once more. They always felt it was theirs and they loved it. Little children would stop me in the street and ask me when it was opening again, and I would say, “soon, we will open it again,” and they would say, “I hope so Sally because we really need it”.

“I really want to thank One Manchester. They have been very good in this area and very supportive. We work very well with them and they are very approachable.

“There was no way we could have opened the centre again without them. Without them the building would have ended up in a horrific state of repair but thanks to the wonderful work they have done its getting a second lease of life.”

One Manchester’s team, led by project manager Simon Holt, has worked hard to not just return the centre to its former glory but to also enhance and increase the facilities on offer. There is still work to be undertaken, the centre is being painted throughout and improvements to the kitchen and bathroom areas will be completed in June. However, everyone was keen to see the centre open and we didn’t want to miss the opportunity for local people to be feel part of this transformation. So, we are opening now so that everyone can come on the journey of change with us to see how it is now and how much better it will get over the coming weeks and months.

Alongside maintenance repairs, new electrics, CCTV and an alarm system, they’ve reconfigured the layout inside which includes a large hall area and two smaller rooms. The former playground equipment has been removed and in the coming weeks community events will be held to start building the communal garden and raised vegetable and flower beds.

Some of the groups One Manchester helps to fund through its Community Soup scheme will be involved in a growing project to transform the outdoor space and create something both beautiful and sustainable by cultivating produce.

They are also planning to bring the all-purpose sports pitch back into use for youngsters to once again enjoy local sporting activities. They soon hope to attach a pre-fitted shop to the building (subject to planning permission) to launch a community grocery co-operative, supported by Healthy Me, Healthy Communities, enabling residents to access £12 to £15 worth of food for just £2.50 a week.

Already there is a host of groups using the Aquarius Centre including Manchester Young Lives, Manchester Care Social Club, the Over 50s exercise class, church and craft groups and creative project: The Bottega Artists, which has chosen the venue to launch its pilot projects offering studio space with flexible childcare for those taking part.

One Manchester are talking to local food charities about the possibility of setting up a community cafe serving homemade hot food. One Manchester housing officers will soon be starting to host tenant liaison sessions at the centre, alongside money and debt advice surgeries and a weekly job club.

The warm and welcoming facility is open to any community group and individuals through a flexible hire policy, offering space for free where possible.

Simon has overseen the three-month transformation and is both passionate and proud about what they have so far achieved at the Aquarius Centre. He said they have already had a wonderful response from the community who are overjoyed to see it back in use and the One Manchester team has received cards and flowers from grateful residents.

He said they are now looking to establish a voluntary management committee, to help the centre become a true community asset. “The Aquarius Centre was such a big part of the community for many years and people were very sad when it closed,” said Simon. “Since I’ve been working here I’ve spoken to residents who grew up coming to the centre. It was very well used and popular.

“Having spent the last few months watching the centre being brought back to life, I’ve seen it develop into a fantastic space which I’m sure will be taken to the heart of the community.

“It’s a very special project and you can already tell that people will get behind it.

“We’ve had many people thanking us for creating a wonderful space that feels like home. They are excited to come back to the centre

“In fact the One Manchester staff who run the money and debt advice services here say residents who may sometimes be reluctant to attend their sessions have been happy to come in because it does have that home from home feel.

“I think this is a really great thing for the community and it will be a central place offering lots of different services where people can come together.

“It really is for everyone – young and old. It’s an inclusive space which we hope everyone will embrace.”