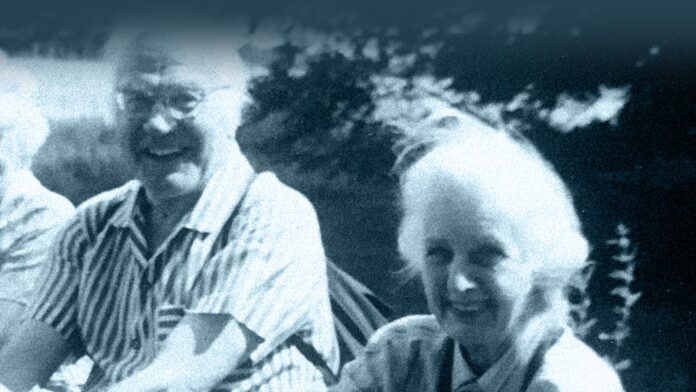 A confidential report claims that two suspected murder-suicides from the 1990s in Wilmslow could be the work of a serial killer who could still be at loose and could be linked to a third case in East Didsbury.

The report uncovered by the Sunday Times Insight team published today claims that two cases where husbands were previously thought to have murdered their wives before killing themselves three years apart in 1996 and 1999 should be re-examined after similarities suggest that the deaths could have been the work of an unknown killer.

Howard and Bea Ainsworth and Donald and Auriel Ward were discovered lying on blood-soaked beds in their nightclothes.

Similarities between the cases included the extremity of violence, with knives left in bodies at the crime scene; injuries to the head from a blunt weapon and stab wounds; and the fact that the women had been left with their nightdresses lifted.

In both cases suicide notes had been left by the men.

However the report points to “a number of inconsistencies which do not corroborate the original manner of death of being murder suicide”.

It also identifies a further three murder-suicide cases, in 2000, 2008 and 2011 which should be reviewed, two in Greater Manchester and one in the Lake District.

There was no rhyme or reason to the severity of the violence, which was entirely uncharacteristic of either man, and — as far as anyone is aware — there was nothing in the loving relationships between the couples stretching back decades to suggest that their lives might end in such a brutal way.

The official explanation did not make sense to Christine Hurst, the coroner’s officer for Cheshire, who reviewed the police files on the cases in preparation for both inquests. Such was her concern, she put the case papers into a joint file “of special interest” and kept them in her office at Macclesfield police station. It would be 17 years before the papers would re-emerge.

On February 21, 2000, a couple were found dead in their home in East Didsbury, Manchester, with extensive head and neck injuries. It was three months after the deaths of the Wards and detectives from Manchester instantly contacted Cheshire police because of the similarity between the cases.

In the Didsbury case the body of Violet Higgins, a 76-year-old former policewoman, was discovered in her nightie on the marital bed after being bludgeoned with a rolling pin and stabbed in the neck with a pair of scissors. Reports said she had been beaten “beyond recognition”. She had been attacked while sleeping and was found huddled under a duvet.

The body of her husband, Michael, a 59-year-old former security guard, was in the spare room in his pyjamas. He had been stabbed in the throat and garrotted with a coat hanger. A bottle of pills was scattered across the bathroom floor.

The police quickly dropped the investigation, believing it was a murder suicide. The inquest heard evidence that Michael was suffering from Parkinson’s disease and his wife had threatened to put him in a home, a possible motive for the killing. He had also been to a solicitor to discuss the possibility of divorce.

However, the coroner, Leonard Gorodkin, remarked specifically on the fact that the couple had enjoyed a happy marriage and while finding that the case was a murder suicide, he said it was far from clear what had driven Michael to such an attack. “I don’t know what led to them falling out, but terrible violence took place that was completely out of character with Mr Higgins,” he said.

A spokesman for Cheshire Police told The Sunday Times: “We are in receipt of the report and it is being reviewed. This is a piece of research which has been undertaken by the staff member, independently.
“As with any case that has been closed, where new information comes to light it is reviewed and acted upon if appropriate. We have notified Greater Manchester Police and Cumbria constabulary.”