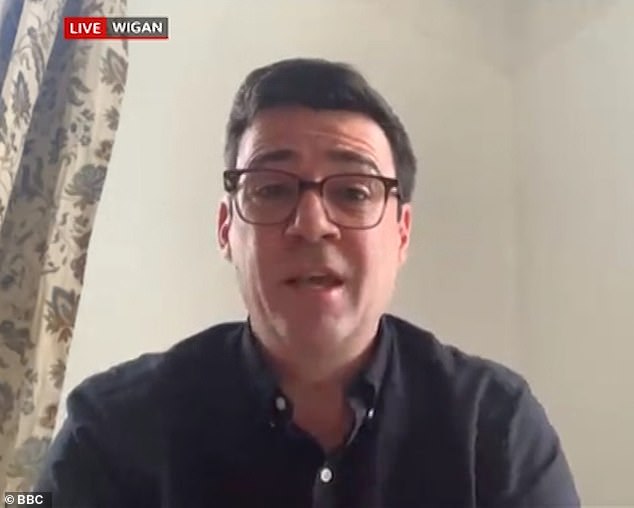 The Mayor of Greater Manchester Andy Burnham has said the coronavirus restrictions across the region are working and driving down the numbers of cases.

The Mayor told the BBC in an interview that the numbers were beginning to ‘move in the right direction’ and hoped more boroughs could soon be released from restrictions.

Friday saw tighter restrictions being brought into Oldham in an attempt to prevent a lockdown with socialising outside of the family bubble effectively banned.

Mr Burnham said: ‘I think we are beginning to see the numbers move in the right direction and that includes Oldham, which saw a noticeable fall in the number of cases this week, and we have begun to see falls in other Greater Manchester boroughs as well.

‘We had the restrictions introduced about three weeks ago and I would say we have begun to see these restrictions are now working, so fingers crossed we can see more boroughs released from these measures soon.

‘But on the whole we think it was right to put these restrictions in and hopefully people can see now they were put in for a good reason.’

Contractor starts work on next phase at Hollinwood Junction

Noisy Prestwich neighbour is fined and has equipment confiscated