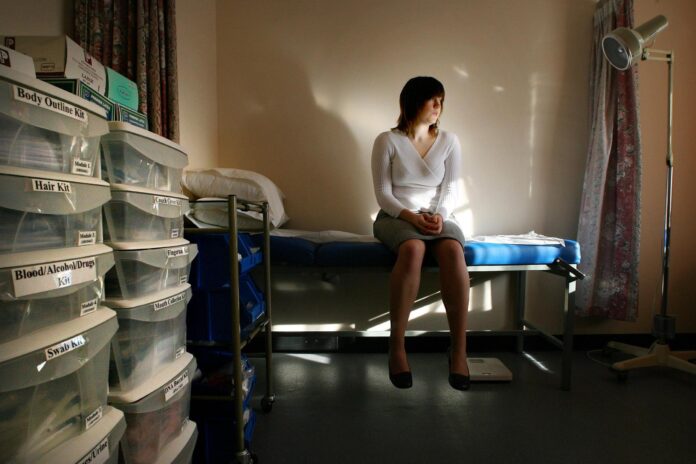 The police and Crown Prosecution Service (CPS) need to fundamentally change their approach to working together on rape cases to build trust and secure justice, a new report has found.

The report described a cycle, where concern about low conviction rates results in a more cautious approach to rape investigations and prosecutions than with other offences. This contributes to delays and what can feel like a disproportionate focus on victim credibility; which in turn can result in victims withdrawing support; and lead to worsening conviction rates. The inspectorates said this cycle must be broken.

The inspectorates said there are two essential catalysts to improve rape prosecution rates: a step-change in joint working between the police and the CPS at every level, with adequate capability and capacity in all parts of the system, and a willingness to work together to overcome the challenges faced by each agency; and the provision of high-quality and consistent wrap-around care for those who report rape.

The inspectorates also spoke directly to survivors of rape and have today published a separate report, providing survivors’ experiences of the police and prosecutor response, and the wider criminal justice system.

“It is sadly not news to anyone that rape victims are too often denied justice. Many initiatives and reviews are in place to improve this, but their success will depend on joint ownership of the problems and the solutions by police and the CPS at national and local levels.

“We found some excellent examples of this – but also evidence of police and prosecutors blaming each other for low prosecution rates, and pointing to different data sets to support their positions. Successful cases rely on police and prosecutors working as a team. They must stop this finger pointing and start working together to ensure victims receive better support and justice is served.

“While we are seriously concerned about the current situation, we also found evidence of dedicated professionals across the system who were unwavering in their efforts to do the right thing for victims.

“The cycle that goes leads to low conviction rates must be broken once and for all. We know work is already underway at a national level. The police and the CPS are jointly making improvements, and the Government has published its end-to-end rape review. This work needs to be coordinated, funded and pursued with the utmost urgency.

“The experiences of victims and survivors of rape are at the heart of our report – as they should be in reforming the system. We asked survivors what would make their interactions with the criminal justice system better, and were struck by how modest and achievable most of the responses seem. Empathy, better communication, explanation of what happens next – these are all within the gift of the criminal justice system to get right now. We make a series of practical recommendations that prosecutors and police can act on immediately, while work continues to make parallel improvements at a national level.”

Help choose which trees to plant at Weaste Cemetery

Central Library archivists Save our Sound Heritage with digital technology