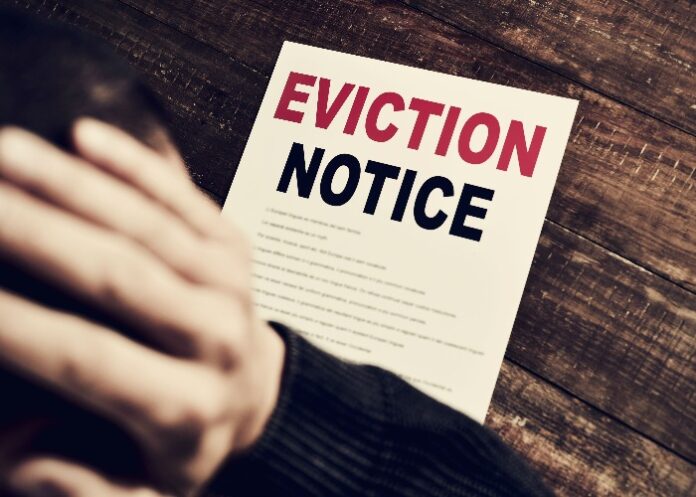 The country risks a two-tier recovery from the pandemic as new research highlights the disproportionate risks facing people who rent their homes.

On the day the eviction ban ends, a large-scale survey by the Joseph Rowntree Foundation reveals that around 400,000 renting households have either been served an eviction notice or have been told they may be evicted

Although renters are faring significantly worse than homeowners, their support has been cut while wealthier homeowners continue to benefit from the Stamp Duty holiday.

The temporary ban on bailiff-enforced evictions introduced in March 2020 and extended several times since, has provided much-needed security to renters at a time of profound economic and social disruption. But the new survey of over 10,000 households, commissioned by JRF and conducted by YouGov, reveals clear warning signs that point to a spike in evictions and homelessness as the ban lifts. In addition to the 400,000 already expecting to be evicted, around 450,000 households are currently in arrears with rent and almost a fifth of this group (18%) have been in arrears for more than four months, meaning landlords in England will only be required to give four weeks’ notice of eviction when the ban lifts.

One million households are worried that they may lose their homes (11% of all renters), and 1.7 million are worried about paying their rent in the next three months (20% of all renters). Unemployment is not forecast to peak until after this period, and the furlough scheme and the £20 per week uplift in Universal Credit are not due to end until the autumn. It is deeply worrying that so many renters are concerned about eviction before these protections are withdrawn. As the economy and society gradually unlocks following a tough winter, the findings suggest the UK is heading into a two-tier recovery which leaves households on lower incomes behind. While there are some signs of recovery, with fewer households in arrears compared to October 2020 and a lower estimated total amount of arrears, the figures remain worryingly high.

Almost 1.5 million renting households have reduced their spending in some way to offset lost income during the pandemic.

Four fifths (80%) of renters currently in arrears said they were in this position before the pandemic. However, this is not a static group; when similar polling was conducted in October 2020 and May 2021, most people in arrears had been in arrears for less than four months. This suggests many renters are falling in and out of arrears as they struggle to stay afloat.

The Government has stated its aim to ‘turn Generation Rent into Generation Buy’ but has largely targeted support in the housing market towards people who already own their own homes. Wealthier asset owners have disproportionately benefited from the Stamp Duty holiday, a generous tax break costing an estimated £5bn.

Existing homeowners have also benefited from the highest annual growth in house prices since 2007 (10.2% in the year to March 2021) while first-time buyers have found it more difficult to get on the property ladder.

The 95% mortgage guarantee scheme is specifically targeted at first-time buyers, but it is not clear how much the scheme will benefit renters who were not already on the cusp of home ownership. Renters on low incomes who have built up arrears will certainly not be eligible.

In contrast to homeowners, renters have received very little targeted support despite being more likely to have faced a drop in income. In April, Local Housing Allowance rates were re-frozen at September 2019 levels, resulting in a real-terms income cut for renters in receipt of this benefit, despite the real cost of renting continuing to rise across the country.

“The Government’s stated aim to support more people into home ownership does not stack up with its decision to ignore the growing issue of rent arrears. For the 450,000 families locked in rent debt, the prospect of securing a mortgage is simply unimaginable and worse still, many will now struggle to secure a new home in the private rented sector just as the eviction ban ends.

“High levels of arrears are restricting families’ ability to pay the bills and forcing many to rely on hidden borrowing. This is not only deeply unjust, it is also economically naïve, and risks hampering our economic recovery, which is reliant on household spending increasing as society continues to reopen.  The Government’s decision to provide a generous tax break to wealthier homeowners through the stamp duty holiday while failing to protect renters points to a worrying two-tier recovery in which those who were prospering prior to the pandemic will continue to do so, while those who have been hit hard will sink even further behind.

“The cost of boosting support to tackle rent arrears is a fraction of the cost of the stamp duty holiday. If we are to experience an economic recovery which benefits everyone across the country, the Government must urgently take action on rent arrears.”

JRF is calling for a targeted package of grants to support renters in arrears, administered through the existing Discretionary Housing Payment (DHP) system. The £180m currently available through DHPs this year is nowhere near sufficient to support the 450,000 renters in arrears. A boost to DHP payments, together with improved guidance and ring-fenced funding for arrears, would be sufficient to re-set the housing market and enable renters to recover economically at pace with the rest of the country.