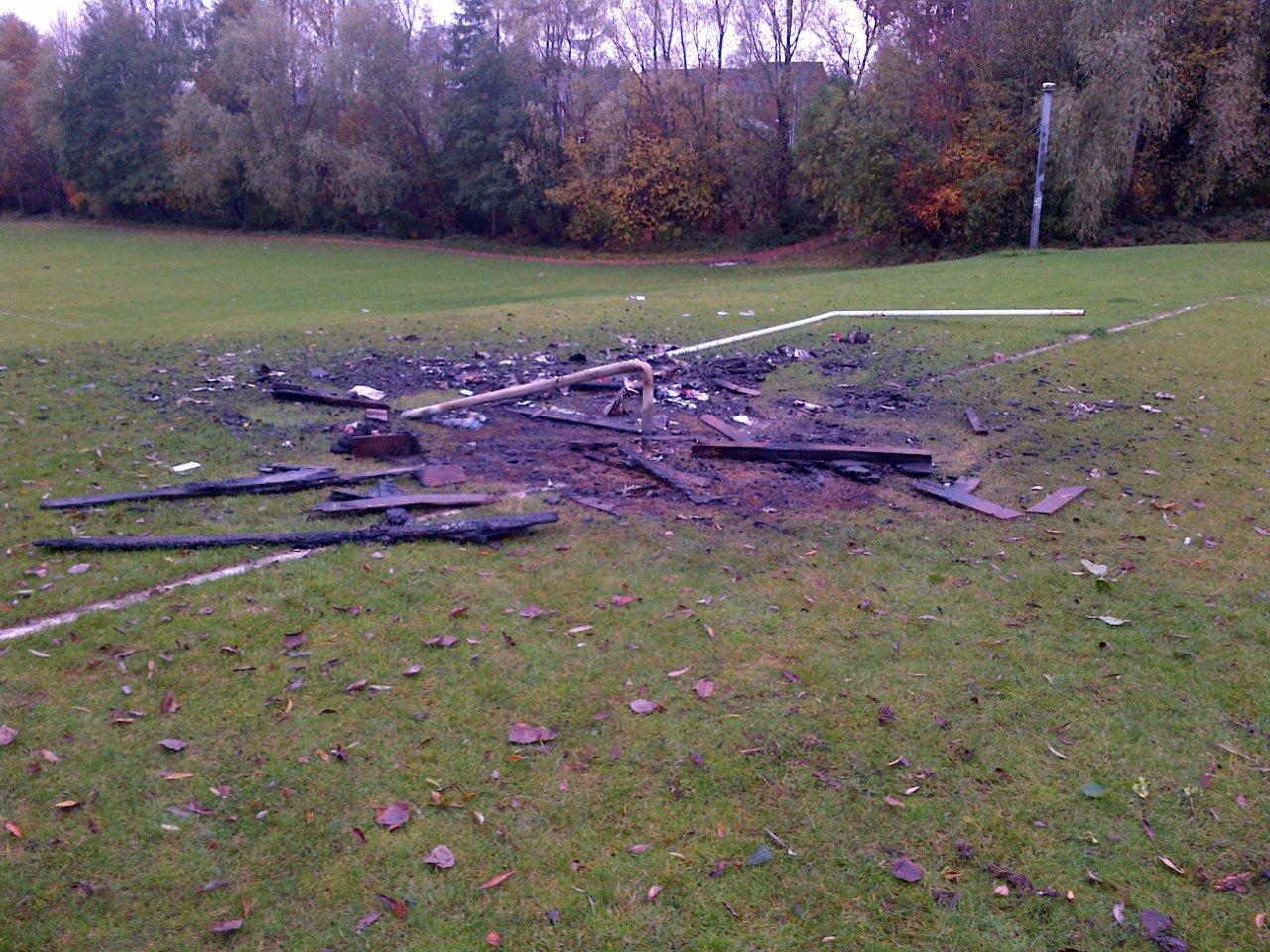 Oldham Council is appealing to the local community for information after vandals badly damaged a pitch and goalposts at the newly refurbished Crossley Playing Fields.

The incident means all football matches due to take place at the Chadderton venue have had to be cancelled until fire damage can be repaired.

Councillor Graham Shuttleworth, Chair of Chadderton District Executive, said: “This can only be described as mindless vandalism.

“It’s only two months since we opened these playing fields after refurbishing them and the changing facilities at a cost of more than £550,000 and already people are trying to undo that good work.

“What they don’t seem to realise is their actions are ruining things for all the football teams who use these playing fields for sport and enjoyment.

“I’d urge anyone who has any information about the vandalism, or if you see anything in the future, to contact the council or the police. We will prosecute anyone that is found to be causing criminal damage to our pitches.”

Over the last year the playing fields have been targeted by vandals on a number of occasions.

While the refurbishment work was being carried out quad bikers left the pitches heavily rutted, a car was driven over the pitches and a bonfire was also started.

The refurbishment of the playing fields was paid for by Oldham Council, the Premier League and The FA Facilities Fund, local football clubs and firms.

The local authority launched the regeneration project because although popular with local football teams of all ages, the facilities had not been fully used for a number of years due to drainage problems.