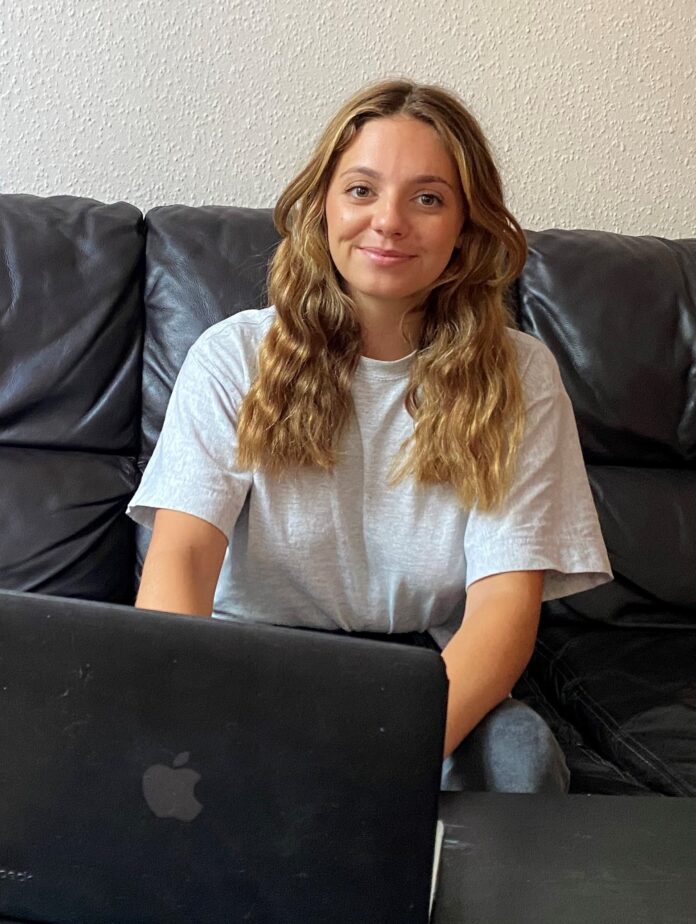 A young woman diagnosed with a rare cancer has launched her own fund-raising campaign for urgently needed research.

Sarah Burns was devastated when she was diagnosed with Mucinous Ovarian Cancer (MOC) aged just 25. She has endured more than a year of tests, surgery and treatment and is now clear of the cancer – but lives with the fear of it returning.

In a bid to help herself and other women, she launched The MOC Project, an initiative dedicated to raising awareness and funds for the UK’s first research into the cancer.

She has already raised £7,500 – despite the pandemic forcing the cancellation of a sponsored London-Paris bike ride – and has a special ticketed event where she aims to double that amount.

This Saturday (August 21) Sarah and supporters are taking over the John Alker Club in Flixton for their first summer fundraiser.

Sarah said her goal was to get the scientific community interested in researching the cancer and raise the necessary funds to get work under way.

She said: “I am extremely passionate about this and refuse to wait around to see if my cancer returns and I get the same grim prognosis five years down the line.

“I am determined to make the change for women like me. Ovarian cancer does not discriminate and can affect women of all ages. There is currently no screening test for ovarian cancer, and it is often misdiagnosed resulting in only 15% of patients being diagnosed at Stage 1 when it is most treatable.

“It is so important to advocate for your own health. This is me taking control of my situation and doing something about it, sometimes it’s hard, but I will not let it win.”

Sarah’s ordeal began in December 2019 when she started bleeding and was losing weight. There followed a series of tests, ultrasound and MRI scans leading to surgery last summer. After being hit with the cancer diagnosis there was further surgery to remove her left ovary and fallopian tube and ensure the disease had not spread outside the pelvis. Sarah has undergone two rounds of IVF to save eggs and has for now opted against chemotherapy – which would ensure any undetected cells were killed off – as that would end her hopes of having children naturally.

Sarah, a stylist with Terence Paul Hairdressing in Knutsford, was forced to take almost a year off work and is delighted to have returned and thanked her employers and colleagues for the ‘fantastic support’ she had received.

Due to MOC’s rarity – it’s estimated there are only around 200 diagnoses a year in the UK – there is no active research or clinical trials.

That’s a position that Sarah is determined to change.

She said: “I hope that ovarian cancer will follow in the footsteps of breast cancer and receive much-needed funding to start saving women’s lives.

“I am hoping we can gain momentum with the campaign so that a UK gynaecological charity will support the grant as there is a massive inequality in ovarian cancer funding and it seems as if MOC has just been forgotten about. I hope someone will come along and be interested in researching treatment options because they are very limited at present.”

Since telling her story on social media and launching the fund-raising, Sarah has been contacted by other sufferers in the UK and across the world and she hopes the project can be a source of support for women in a similar position.

Sarah also urged all women to seek early medical advice if they suspected something was not right.

Now she is finalising plans for the fund-raising day with food, games, drag act and DJ.

This is Manchester Awards to return for second year