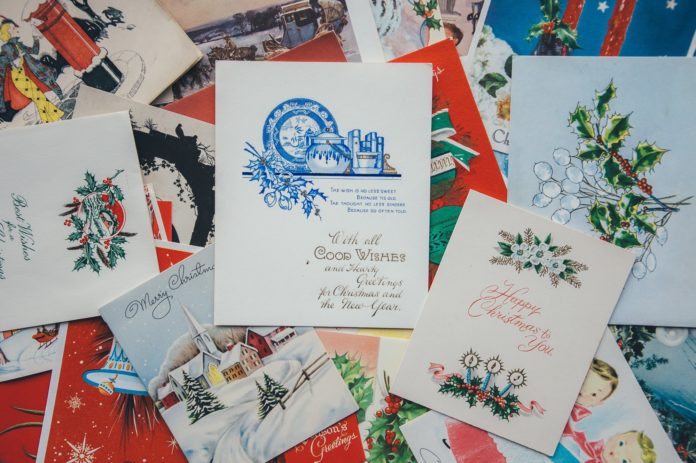 DCB Group has launched a recycling initiative which they hope will reduce Christmas card waste.

The printing company is based in Trafford Park and comprised of print management company Print Search, creative and design agency Caspa and print on demand company Aspen, offering on-site creative and marketing services.

The group was founded in 2008 after a management buyout by David Beale and recently celebrated its ten year anniversary. It also won the Best Small Business Award in 2017.

They began their recycling scheme in December last year, offering their address as a place for businesses in Greater Manchester to send or drop off their Christmas cards this month for them to be recycled.

Each tonne of waste received will see DCB Group donate £50 to local charity Forever Manchester, which raises money to fund and support community activities in the area.

DCB’s managing director Victoria Hart said the scheme came “quite naturally” to the print and paper company, as they “put the environment at the heart of everything we do”.

It is “part of a wider effort to become a more sustainable company”. They closely monitor their electricity, gas and water usage and are investing in “more efficient equipment”. They recycle waste to stop it going to landfill and use vegetable based inks which are “less harmful to the environment”. They also try to work from home and use car sharing.

The partnership with Forever Manchester came about because of its ties to the city. DCB Group has been based at Trafford Park since 1973.

“Some staff have been at the company for 45 years and seen Trafford Park grow nationally”, Victoria said.

They also appreciate the work Forever Manchester does with local charities, such as the Knitting Nanas group in Ashton which knits hats and other items for neonatal babies.

Forever Manchester began in 1989 under the name Community Trust of Greater Manchester. Since then they have delivered £38 million to local communities, benefiting 1.1 million people and they are passionate about working with grassroots charities run by ordinary people.

Every year 85% of their income goes to fund and support over 1,000 community projects which directly benefit over 290,000 people. For every pound donated to Forever Manchester, 85 pence goes to support community activity across Greater Manchester.

The charity has now become an official partner of DCB, who are sponsoring tickets for their latest event. Their annual Birthday Party will take place on Friday 8th February at The Principal on Oxford Street to celebrate another year of helping local people do extraordinary things together. These achievements will be celebrated with a range of awards, including the Growing Community Award and the Inspirational Community Group Award.

“Forever Manchester loves the creative and innovative ideas its supporters generate, and as this has an environmental focus and is really easy for anyone to support, we think it’s great.  We’re delighted to say that DCB is sponsoring the tickets for our annual Birthday Party which takes place on 8th February and we’re looking forward to seeing them there for this fantastic celebration of everything that’s great in Greater Manchester communities.”

It’s not just local businesses who are trying to be eco-friendly; the Manchester Climate Change Board is responsible for overseeing the delivery of Manchester’s Climate Change Strategy for 2017-50. The Board was established in February 2018 and is made up of council workers, co-opted members and the Youth Board.

The Manchester Climate Change Youth Board (MCCYB) was established in November 2017 to capture the voices of young persons who live, work and study in the city. Made up of six dedicated individuals with diverse backgrounds, skills and interests in the field of sustainability, and they attended the Manchester Climate Change Conference last year at the Royal Exchange Theatre.

In October 2018, a report was published by the Intergovernmental Panel for Climate Change, stating that while it is not too late to limit global warming to 1.5C, urgent action needs to be taken. Not long after, the Manchester Climate Change Board submitted a proposal to Manchester City Council outlining what the city can do to reduce its carbon emissions.

The climate change campaign group Fridays for Future is holding its first UK Youth Strike for Climate on Friday 15th February, starting from 12pm at St Peter’s Square. They have received support from university students but school students are also welcome to take part.

The international movement is inspired by the actions of 15 year old Swedish schoolgirl, Greta Thunberg, who has been protesting the failure of the Swedish government to adequately address the urgent crisis of climate change. Last summer she went on strike from school before the Swedish elections in September 2018 and since then has  maintained a weekly ‘strike for climate’, urging people across the world to do the same. Fridays For Future now happens weekly in around 200 cities worldwide and in particular it has been picked up by young people in Australia, Germany and Switzerland.

“We face an existential crisis that threatens our very survival and we call upon Manchester City Council and Andy Burnham’s Combined Authority to declare a Climate Emergency, be honest with the public about the extent of the dangers we face and to formulate plans to address them,” they said.