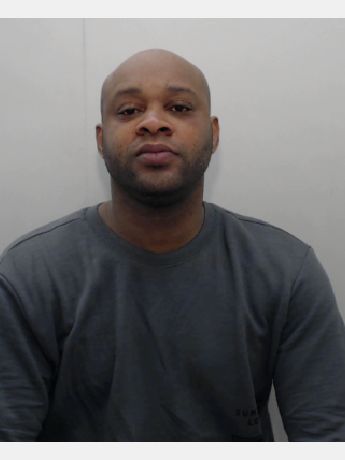 A convicted drug dealer who was chased down by a plain clothed officer at Manchester Pride after being recognised from nine years earlierhas been jailed.

Shaun Watson aged 41 of Shewsbury Street, Old Trafford was handed a six year sentence today after pleading guilty to being concerned in the supply Class A and B drugs. He was also handed a further 5 months imprisonment for breaching a suspended sentence for possession of a stun gun.

Plain clothes police officers were operating at Manchester’s Pride event in the city centre in August last year.A security worker suspected Watson of dealing drugs outside a bar on Richmond Street and raised the alarm to police.

Detective Constable Adam Cronshaw immediately recognised him after previously arresting him for drug dealing in Deansgate in 2008 which he was later jailed for.

DC Cronshaw approached him but Watson instantly tried to run off along Richmond Street.Officer Cronshaw – along with his colleague – began chasing him onto Sackville Street and Canal Street when Watson tried to throw a bag of drugs into the canal.

The officers caught him and he was detained at the scene.

A short time later a large bag of cocaine, ecstasy and ketamine was discovered nearby worth an estimated £4,500 – the drugs which he had tried to dispose of earlier.

A quantity of jewellery, worth £5000, which was worn by Watson at the time was also seized from him along with a mobile phone which uncovered numerous requests for drugs from suspected customers.

When interviewed he denied the drugs were his.

A Proceeds of Crime Hearing will be held later this year to confiscate any property and assets which could have been purchased through ill-gotten gains.

Detective Constable Adam Cronshaw, from GMP’s Serious & Organised Crime Group, said: “Shaun Watson is a prolific drug dealer who hasn’t learnt his lesson from previous prison sentences.Far too often we hear about young people who tragically die from inadvertent overdoses taking a combination of the recreational drugs Watson was peddling.

“Now he is behind bars there is one less dealer poisoning our communities with potentially lethal cocktails of drugs.”

Jailed for life for stabbing her partner to death

Couple sentenced for running a Class A drug dealing operation

Rapist’s sentence to be reviewed by Attorney General’s Office