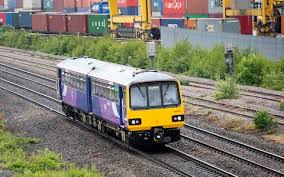 The summer railway chaos which resulted in hundreds of trains being cancelled and frustrated commuters left waiting for trains that never arrived across the North of England has concluded that the main reason for the failures was that nobody took charge.

The three-month Inquiry has found that Network Rail, Govia Thameslink Railway (GTR), Northern, the Department for Transport (DfT), and the Office of Rail and Road (ORR) all made mistakes, which contributed to the collapse of services, particularly on the GTR and Northern routes.

The Inquiry found problems caused by delays to completing the North West Electrification Programmw were worsened by Network Rail, which wrongly believed it could make up the time.

The Inquiry has determined that during the planning stages the industry placed engineering and planning concerns ahead of serving its passengers, and that was made worse by the poor information train operators provided when disruption happened.

A key issue, found by the Inquiry, is that there is an apparent gap in industry responsibility and accountability for managing systemic risks, and that needs to change.

The System Operator (SO) function within Network Rail  was in the best position to understand and manage the risks, but did not take sufficient action, especially in the critical period of autumn 2017.

Events and decisions taken before January meant it was “probably unavoidable” that the launch would fail, according to the report. If there was a final go/no-go decision point it was in autumn 2017.

Neither GTR nor Northern were properly aware of or prepared for the problems in delivering the timetable and they did not do enough to provide accurate information to passengers when disruption occurred.

“The May 2018 timetable was meant to offer more services and reliability, but in reality it led to major disruption for passengers. Today’s report uncovers the issues that Network Rail, GTR, Northern, ORR and the DfT together need to address to stop this disruption happening again.

“Central to the issues were that good intentions and over-optimism within the rail industry about its ability to recover missed deadlines left no time to uncover and fix problems. When problems arose, timetable planners were stretched and train operators were ill-equipped to help passengers. This meant that staff worked in very difficult circumstances to do as good a job as possible and I thank them for their efforts.”

The government has also launched what it called the most significant review of the rail industry since privatisation, headed by former British Airways boss Keith Williams.

Transport Secretary Chris Grayling said: “It is clear that the structure we inherited is no longer fit to meet today’s challenges and cope with increasing customer demand.

“Following the disruption this summer we took immediate action to improve services and ensure the industry compensated passengers.

“We’ve been clear that the railway needs reform to prioritise its passengers, and we have set out plans for closer partnerships

“But as part of our vision for the future of mobility, we need to go further and more quickly, to get the best from the public and private sectors and deliver the railway we need for the 21st century.”