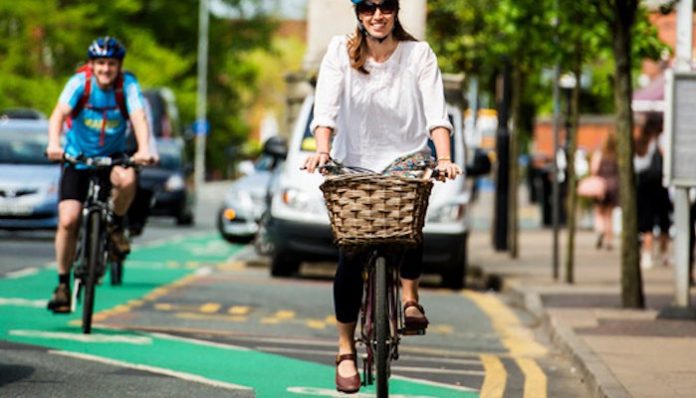 The latest high-profile projects to be built as part of cycling and walking master plan will be considered by Greater Manchester Combined Authority (GMCA) next week.

Six new projects have today been put forward for funding. If approved, it would see around £8.4 million provided from the Mayor’s Cycling and Walking Challenge Fund with a further £1.4 million coming from council contributions.

The latest projects bring the total planned spend on cycling and walking across Greater Manchester to around £39 million. A total of 21 confirmed projects so far will deliver 95 new and upgraded crossings and junctions as well as 23 miles of new cycling and walking routes. This includes eight miles of Dutch-style cycle lanes that are separated from motor traffic.

Greater Manchester’s Cycling and Walking Commissioner, Chris Boardman, said: “The latest six schemes bring our total to 21 projects which is a brilliant achievement just three months after we launched our plans for the UK’s most ambitious cycling and walking network.

“We’re really pleased that things are moving at such a fast pace; the people of Greater Manchester will soon have a genuine choice in how they travel, ensuring that they and their children have a viable and attractive alternative to the car.

“It’s now a race to see which district can deliver first. One thing we won’t compromise on, however, is quality.

“There might be a perception this time that some councils are losing out, but the beauty of this project is that it is never finished – councils get an opportunity every three months to submit new schemes and we’ve got some really exciting developments in the pipeline which we hope to announce by the end of the year.”

Mayor of Greater Manchester, Andy Burnham, said: “Major step changes like this can’t happen overnight but we’ve been very encouraged by the will of councils to get going.

“The way the fund works is that councils can keep resubmitting schemes until they meet the required standard and lots of work is going on behind the scenes to make sure we are delivering world-class projects in all corners of Greater Manchester.”

The six new proposed projects are:

Since launching the first draft of the cycling and walking network map online last month, the mappingGM website has received over 3,500 comments from people across Greater Manchester.

Chris Boardman added: “We’re continuing to see high levels of public input into our plans, which is how it should be – the people of Greater Manchester telling us what they want. And they’re telling us, loudly and clearly, that they want to reclaim their streets, and to make them more pleasant places to be.

“The thousands of comments we’ve received on the mappingGM platform will be analysed over the coming weeks and used to inform the next draft map.

“We will also hold public drop in sessions so that residents can get involved in planning, giving us a much more informed result so that we deliver the things that they want and need in their communities. It’s an ethos that continues to be at the heart of everything we’re doing.”

The first draft of the network map will remain open for comments on the www.mappingGM.org.uk/beelines platform until 30 September. Comments will then be used to inform the second draft of the map which will be published in the New Year.

Teenage photographers capture life in Salford through their eyes