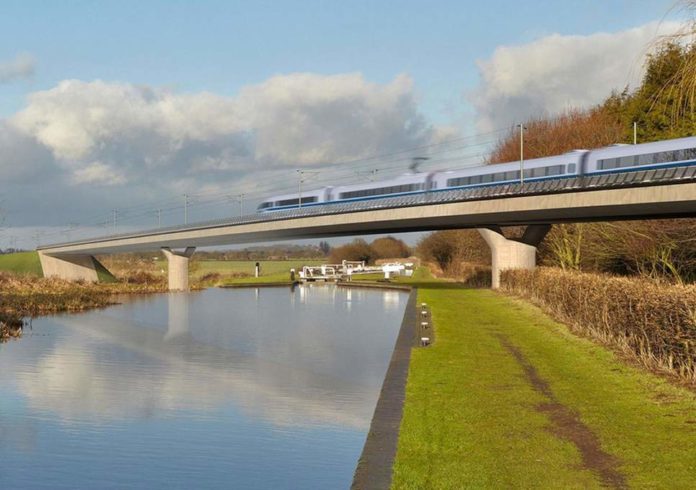 The government is actively considering only building the High Speed Rail line to Birmingham and abandoning plans to continue it to Manchester and Leeds.

The claim will be made in Channel Four this evening in the Dispatches programme that also hints that it could even be halted altogether.

Professor Philip Stephen Glaister the former head of the office of will tell the programme that the scheme to build the line was never thought through by the government and that the costs could be better spent on investing in rail connections in the North of England.

There was no big-picture analysis,” he said. “We just don’t know whether there would have been a better way of spending the money. You might ask the question ‘what else could you do?’ You could give larger sums of money to Manchester, to Birmingham, to Newcastle and let them do as they saw best for their local communities.” He added that stopping the line at Birmingham would create “a white elephant”.

Critics of the scheme are pointing at its spiralling cost, a scheme which was originally estimated at £33 billion has already risen to £56 while independent industry experts put the eventual bill above £100 billion.

Critics are also re-examining the justification for the scheme, first based on speed, then on increasing North-South capacity, and now closing the gap in the North South divide.

The government also seem split in the issue. Treasury minister Liz Truss raised eyebrows when she said the government must be prepared to ‘junk white elephant’ projects rather than allowing ‘mission creep’.

Dispatches correspondent Liam Halligan has spoken to a senior cabinet source who has revealed that although the national accounts show HS2 costs of £4bn/year over the next ten years, ministers have secretly allocated £6bn/year to build the line for the next decade.  This is the same amount Network Rail spends per year on maintaining and upgrading the entire rail network.

The Mayor of Greater Manchester, Andy Burnham, tells Dispatches “The big scandal would be if the rumours come true that HS2 stops at Birmingham… that will be criminal, that will be a complete waste of money.”  When asked what he would decide if asked to choose between HS2 or linking up cities in the North of England, Burnham says, ‘We need both but if that’s what it came down to I would choose rail investment West to East across the North of England. I believe that is the single highest transport investment priority for our country’