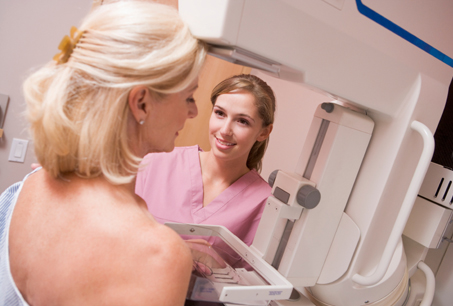 Annual screening for younger women aged 35-39 who have a family history of breast cancer would be highly effective in detecting tumours earlier, a major UK trial based in Manchester has found.

The trial, funded by charity Breast Cancer Now, found that annual mammograms for women aged 35-39 at ‘moderate’ or ‘high’ risk of breast cancer detected tumours when they were significantly smaller in size and less likely to have spread to the lymph nodes than in an unscreened control cohort.

Based on the findings, leading UK clinicians and researchers suggest that regular screening in women identified at moderate or high risk of breast cancer could be extended from ages 40-49 to also include women aged 35-39.

While more women are now surviving the disease than ever before, breast cancer remains the leading cause of death in women under 50 in England and Wales1 – with over 920 younger women losing their lives to the disease in 2017.

In total, around 55,000 women and 350 men are diagnosed with breast cancer each year in the UK and it is estimated that around 5-15% of cases are linked to a family history of the disease.

Women with a significant family history of breast cancer2 can be referred by their GP to specialist services for an assessment of their risk, as well as support including information about available monitoring and risk-reducing options such as chemoprevention, lifestyle advice or preventive surgery.

A specialist will consider the pattern of these familial cancers, including ages at diagnosis, and other factors such as a woman’s age or any prior breast or ovarian cancers – giving an overall estimate as to whether they are at ‘moderate’ (17-29% lifetime risk3), ‘high’ (30% or higher lifetime risk) or ‘general population’ risk (~11% lifetime risk).

With early detection offering the best survival outcomes for breast cancer patients, NICE guidelines currently recommend annual screening for women aged 40-49 in England who are identified as being at ‘moderate’ or ‘high’ risk of the disease – following evidence of the benefit in this group reported in the FH01 trial4 in 2010.

In a new prospective trial in younger women (FH02) – led by Professor Gareth Evans at The University of Manchester – 2,899 women aged 35-39 at moderate or high risk of breast cancer due to their family history were offered annual screening across 34 UK centres between 2006 and 2015.

The trial compared the results to an unscreened cohort of women aged 35-39 and at increased risk in the POSH trial4, with annual screening being shown to nearly double the proportion of tumours detected before they had grown to 2cm in size. In unscreened women, just 45% (131/293) of breast cancers were detected when the tumour was 2cm or smaller in size and 54% (158/290) of cases had already spread to the lymph nodes.

Leading charity Breast Cancer Now today called for the upcoming review of NHS cancer screening programmes to include an assessment of family history services across the country, and to set out the health economic evidence required to consider extending screening to women aged 35-39 at moderate or high risk due to their family history.

With several risk prediction models in development, it is also hoped that the inclusion of information about small genetic changes that increase breast cancer risk (known as SNPs) and women’s breast density could in future help give an even more accurate estimation of breast cancer risk – and could help adapt the NHS Breast Screening Programme to offer more targeted, ‘risk-stratified’ screening.

Vaccinate 2 million a week to prevent a third wave study finds as experts...

Manchester mental health charity marks 30 years of making a difference to the lives...