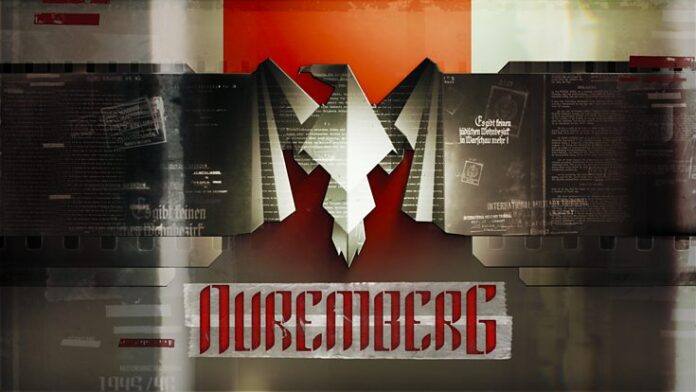 Germany, May 1945: a surrender, a country in chaos and the top Nazi leaders attempting to slip away. A new drama from Radio 4 follows the race to track down and capture war criminals, the struggle to establish the trial itself, the horrific evidence – and finally the monumental sentencing.

‘Nuremberg’ begins as Nazi commanders are arrested and held in a former luxury but now stripped-out Luxembourg hotel. The accused await trial, on suicide watch and at risk of reprisals. The series tracks how the trial was pulled together, wrestling the legal systems of Britain, America, France and Russia. And how it almost never happened, stretched between the desires of Truman, Churchill and Stalin – then almost collapsed.

Listeners will hear the tension of court proceedings as prosecutors scale an overwhelming mountain of evidence. Seized from retreating Nazis, the Navy Archive alone comprised of 485 tons of paper. Testimonies detail the convenient ‘amnesia’ of onetime Deputy Führer, Rudolf Hess, the self-adoring grandiosity of Nazi power figure Hermann Goering, and the tactical repentance from architect Albert Speer. But most importantly of all the first ever hearing of harrowing evidence of the Holocaust, with the trial effectively inventing the word ‘genocide’ to describe crimes inflicted upon Jews, Roma and other minorities.

Written by Jonathan Myerson, the drama tells the story from the lesser-heard perspectives of those amongst thousands of individuals tasked with fighting what became the last battle of World War II – an interpreter, psychologist, reporter, a court officer and others who enabled it to happen.

In order to ensure an authentic reconstruction of events, Myerson and producer Nicholas Newton pored over the 20 volumes of court transcripts, reviewed 2,000 hours of audio and newsreel, and collated contemporary news reports and interviews with participants. The result is a drama crafted with verbatim accuracy.

Alison Hindell, Radio 4’s Commissioning Editor for Drama and Fiction says: “It’s been nearly 75 years since the sentencing, and this comprehensive drama recreates for listeners an important and world-changing story and offers fascinating insights stretching beyond the better-known Nuremberg narratives.”

Rhian Roberts, Radio 4 Commissioning Editor for Digital and Podcasts, adds: “The Nuremberg podcast, with its additional material, is designed to appeal to listeners who may not be familiar with the story of the trial; to present these phenomenal moments of history in a compelling style so we can all continue to understand how our world was shaped by them.”

Nuremberg is available to audiences both on Radio 4 as an eight-part drama beginning 2.15pm on Friday 27 August, and as an extended 16-part podcast only on BBC Sounds featuring additional detail about what was happening historically. The drama comes ahead of the 75th anniversary of sentencing.

A nation of bakers and music streamers