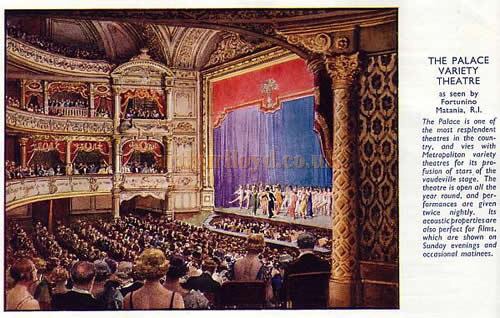 Quick, Clean, Smart and Bright” was the motto of the Broadhead theatre circuit. This Wednesday you can hear all about it as The Friends of the Manchester Centre for Regional History are putting on a talk by Dr Vikki Garlick of the University of Manchester.

Developed by William Henry Broadhead (1848-1931) and his sons William Birch (1873-1907) and Percy (1878-1955), the circuit was constructed between 1896 and 1913, and consisted of seventeen venues in the North-West of England. These included theatres, music halls, cinemas, and large-scale entertainment complexes, such as the Morecambe Winter Gardens, all of which made a significant contribution to working class amusements in both little-known, and more popular areas.

Since the death of Broadhead in 1931, the circuit fragmented, with none of the handful of buildings that remain today under the control of the family, or functioning as theatres or cinemas. Therefore, as Broadhead and his houses disappear from community memories, part of this talk will stand as an act of reclamation in the city that formed the heart of his theatre empire.

As well as providing a biographical overview of the family itself, there will be exposition into the venues found at Miles Platting, Openshaw, Hulme, Harpurhey, Longsight, Eccles and Salford, situating their locations, architecture and repertoires against the wider contexts of late Victorian and Edwardian theatre, and social entrepreneurism.