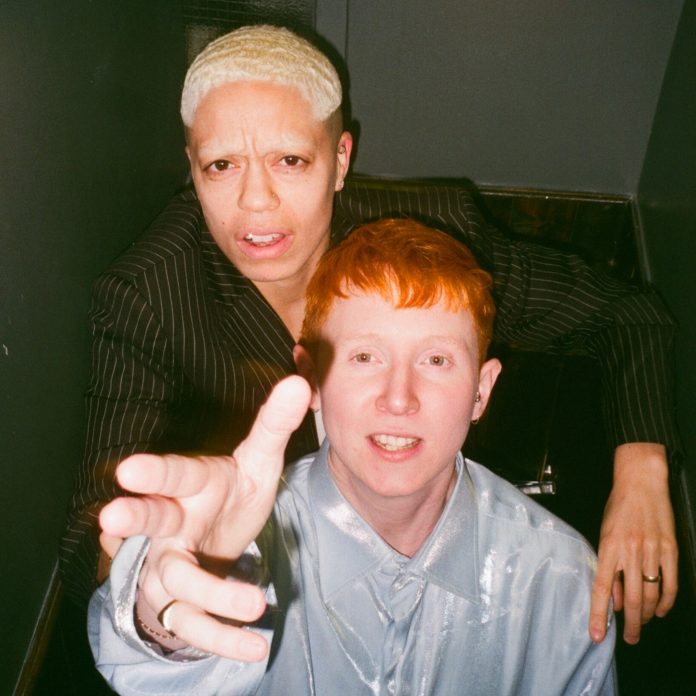 The charity, which has previously supported the region’s iconic drag performers as part of this series of lockdown content, is now shining a light on the community’s female talent.

It is the third in a series of four weeks of original shows that have either been curated or funded by the LGBTQ+ charity to offer a platform to showcase the very best of Manchester’s queer talent.

The show will feature four DJ sets each accompanied by performances from dancers J and Ivy Profemme. The DJs will be Mix-Stress of RebeccaNeverBecky, Jungle Julia, Black Betty and NIMMO.

Rebecca is curator, founder and DJ Mix -Stress of the Manchester based event’s collective RebeccaNeverBecky. Through events held two – three times a year the collective platforms anyone that identifies as female, QTIPOC, BAME and LGBT+ providing paid opportunities to showcase their talents. Offering unique and conceptual clubbing experiences fused with art, culture and good music. Resident DJs, artists and performers that take part in each event which pull in a very diverse and inclusive audience.

Rebecca has also embarked on her own DJ journey this last year playing monthly residencies on Limbo and Reform Radio as well as making her firm mark on the scene with her soulful infused sets in and out of the city.

Jungle Julia describes herself as a HARDCVORE RAVER!

Black Betty is an Artist from Manchester. She has a strong passion for many genres of music and decided to put this force to use and get behind the decks. Black Betty specialises in House music with many influxes + influences across all genres from tribal percussive, acid synths, disco melodies and techno beats.

NIMMO are a female-fronted queer electronic group from London. At the core of NIMMO is a songwriting partnership between two best friends, musicians and co-vocalists, Sarah Nimmo and Reva Gauntlett. Combining punk roots with influence from the mid-90’s euphoria of their childhoods, NIMMO’s music and arresting live show reflects a nocturnal escapism that feels vital and confronting.

J is a nonbinary performance artist, gogo dancer and denizen of Manchester’s queer club scene.  Described as “a nightmare on wheels” and “witchy primal magic” their signature brand of queer dance euphoria will make you need to get up and dance.

Mark Fletcher, chief executive for Manchester Pride, said; “The second series of Manchester Pride Live In Your Living Room is designed to shine a light on the incredible talent Greater Manchester has to offer. This week it’s a bit of a rave thanks to the womxn who love to get people dancing.  We’ve curated a show packed full of eclectic queer music with dance performances to compliment it. Tune in and dance round your loving room with LGBTQ+ people everywhere.

“We are constantly working to develop our offering for different groups within the LGBTQ+ community and the work we do with women in the community is vital. We have an online women’s listening group happening next Friday too before the show and we would love to hear more from the women within the community to deliver more relevant and exciting content like this throughout the year.”

Each night viewers will be encouraged to follow Manchester Pride’s social media channels for the chance to enter competitions to win festival tickets and merchandise.

The performances will be hosted on Manchester Pride’s YouTube at 8pm.

As one of the UK’s leading LGBTQ+ charities, Manchester Pride, campaigns for LGBTQ+ equality, celebrates LGBTQ+ life and creates opportunities that engage LGBTQ+ people in Greater Manchester so that they can thrive.  Every penny the organisation raises is ploughed back into the community to drive its dedication to promoting and raising awareness for LGBTQ+ issues in the fight for equality.

A vital part of this activity is consultation and in the current social landscape, as LGBTQ+ people in Greater Manchester are finding themselves often alone at home or in homes where they do not feel 100% accepted, the charity’s listening groups will enable it to continue to communicate with some of the community’s most marginalised people.

Friday 5 June from 5pm to 7pm will be the women’s listening group.  To ensure that every guest’s voice is heard, the group is open to a maximum of 15 people per group using online platform Zoom.  The information gathered from this and other online groups will be used for the development of plans for the charity’s year-round community offer in 2021.

Doctor Who lands in Stockport