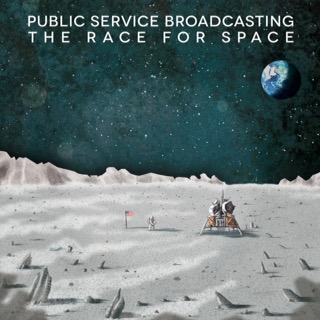 Tickets for this unique gig go on sale on Friday 19th August at 10am via manchestersciencefestival.com

On the Festival’s opening night, PSB will perform their hit album ‘The Race For Space’ in its entirety for the very first time, accompanied by an impressive brass section and musicians from the Royal Northern College of Music, including a string quintet and a 13-piece choir.

This special event will begin with the mastermind behind Public Service Broadcasting, J. Willgoose, Esq. in conversation with Professor Tim O’Brien, Associate Director of Jodrell Bank Observatory as the pair explore the stories of the American and Soviet space race at the heart of the album and discuss the making of the record and the journey it has led them on.
Now in its 10th year, Manchester Science Festival – produced by the Museum of Science and Industry and supported by Siemens and Lead Educational Sponsor the University of Salford – is developing a reputation as the boldest, most creative and most ambitious science festival in the country. This event reflects just that – fusing world class performers and up-and-coming musicians with space exploration and cutting edge science’

Manchester Science Festival Director, Antonio Benitez comments: “We’re delighted to be working with Public Service Broadcasting for the first time, to launch this year’s event. The Race for Space tells the story of space exploration’s finest hours in such a unique and inventive way and so it is the perfect collaboration for the Manchester Science Festival which also seeks to find exciting and unusual ways to celebrate scientific discoveries. The band’s eclectic and surprising mix of art and science will bring astronautics out of the lab and onto the historic Albert Hall stage. It’s a great fit for our opening night and a fantastic coup for our 10th year.”
PSB frontman, J Willgoose Esq, comments: “We’re absolutely delighted to be playing the album in full for the first time ever in such a brilliant venue and as part of such a fantastic event. We’ll be doing our best to make it a really special evening – we can’t wait.”

Tickets for some of this year’s other key musical events are also on sale now.

These include Equinox performed by Manchester Camerata – “Probably Britain’s most adventurous Orchestra” (The Times).

MSF is delighted to be joined by the Camerata on Sunday October 16th at 3pm at the Albert Hall for a festival trailblazer event. Take a kaleidoscopic tour of time and space as Manchester Camerata performs Equinox, by violin star Henning Kraggerud, which is written in 24 different keys and depicts 24 hours and 24 time zones.

The composition comprises four concertos and is interspersed with a narration written by Jostein Gaarder. Equinox comprises four concertos – Afternoon, Evening, Night and Morning – each of which has six postludes, by turn joyful, mournful, effervescent and heart-wrenching. They journey through a circle of fifths, beginning in Greenwich in C major.

Also on sale is The Music of Star Wars performed by the Hallé on Saturday 29th October at the Bridgewater Hall. Feel the full force of the Hallé as it brings the highlights of John Williams’ music from every episode of Star Wars to the stage. Featuring some of the most recognisable cinematic themes from The Phantom Menace to The Force Awakens, this concert packs more punch than an Imperial blaster. Dress to impress and relive the rise and fall of the Empire in one action-packed evening.

Tickets for Public Service Broadcasting go on sale from 10am, Friday 19th August via manchestersciencefestival.com.