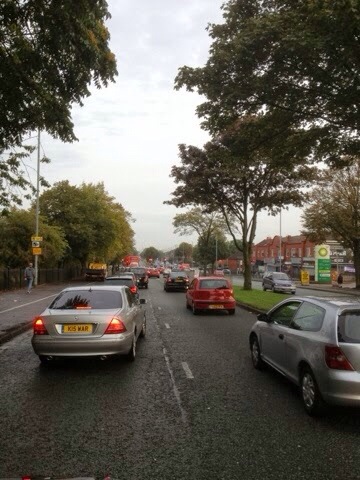 Greater Manchester is the 12th most congested city in Europe and the Princess Parkway is the fourth most congested road in the country outside of London according to figures released by Traffic information supplier Inrix.

London was by far the worst place, second only to Brussels in terms of Europe’s most congested cities, despite the congestion charge with the top ten worst roads all in the capital.

On average Britain’s drivers spent thirty hours in traffic in 2013, an hour more than in 2012.

The four and a half miles of the A5103 between Junction five of the M60 and the Mancunian way during the morning rush hour accounted for twenty six hours do wasted time on average last year according to the figures.Overall in Greater a Manchester forty six hours were wasted, compared to eighty two in London.

Inrix president and chief executive Bryan Mistele said: “While bad news for drivers, the increases in traffic congestion in Europe are signs of a slowly recovering economy.”

INRIX analyses trillions of real-time data points from over a hundred sources including crowd-sourced data from a variety of commercial vehicles, including taxis, airport shuttles, service delivery vans, long haul trucks as well as consumer vehicles and mobile devices. Each data report from these GPS-equipped vehicles and devices includes the speed, location and heading of a particular vehicle at a reported date and time.