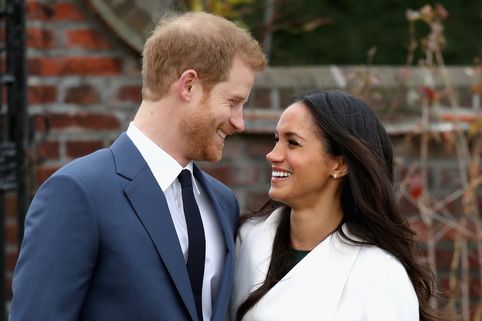 And yet, the existence of the spare was almost always a problem. Before the establishment of the concept of primogeniture (succession to the first son) in the 12th century, all sons of kings were seen as potential successors to the throne. They were expected to fight over it, ensuring that the strongest would emerge to rule.

Second sons were encouraged to go out into the world and conquer territories for themselves to rule. This demonstrated that all members of the royal clan had the ability and even the right to rule, but at the same time it lessened the threat to the firstborn son’s ruling back home. By the 16th century, however, it was perceived as too risky to send younger sons abroad and safer to keep them close and out of mischief.

The position of the spare became unbearable. He was required to behave in a manner that was impeccably “princely” and yet if he looked too strong and too confident, he was seen as a threat. These unresolvable contradictions led several second sons into open rebellion against their older brothers and many ended their lives physically exhausted, their reputations in tatters.

The younger brother of King Henry III of France, the Duke of Anjou, spent several years fruitlessly wooing Queen Elizabeth I of England before leading a disastrous campaign to try to liberate Antwerp from Spanish rule (he ended up sacking it instead).

In the next generation, Gaston, Duke of Orléans, younger brother of Louis XIII, led rebellion after rebellion, gaining nothing and seeing most of his closest friends suffer imprisonment or even execution for his crimes – as heir, he himself could not be punished severely.

Taking his cue from the immense popularity of his late mother’s charity work, Harry’s work for the Invictus Games prompted some in the media to dub him “the new Diana”.

But at the end of the 17th century, the younger brother of Louis XIV (King of France from 1643 to 1715) found a new modus operandi. Prince Philippe of France had learned from his predecessors and never challenged his elder brother in the world of politics. He preferred to spend his time cultivating the arts.

In fact, he was a major patron of painters, designers, composers and playwrights. While Louis XIV’s rule was unchallenged politically by his younger brother, it seems that on matters of culture and society, Philippe often took the lead. Philippe’s position as spare, not heir, gave him the freedom to pursue an “aternative” lifestyle, as an important royal power broker in an openly same-sex relationship.

In the modern British monarchy, Prince Harry does not need to compete with his brother for political power. And he no longer realistically needs to be prepared to take on the duties associated with sitting on the throne.

So far in his adult life, he has followed the model previously established for second sons since the 17th century. The British “spare” has often been the leading royal representative in the armed forces. The last royal Commander-in-Chief was George, Duke of Cambridge (Queen Victoria’s cousin) from 1856 to 1895. Since then, the second son has normally held positions in the Royal Navy.

It is perhaps a sign of the emergence of a new generation of people who are born into privilege, but are more aware of their responsibilities as role models or “influencers”. This is not entirely a new career path for royals. Charity work has long been one of the main “occupations” of junior members of the royal family, particularly since the very public activities of Queen Victoria’s daughters – especially Princess Helena, an early patron of the professionalisation of nursing.

With Prince Harry, the history of the second son may be taking a new turn. A more dedicated “dynastic public relations” specialist, Harry appears to be using his position of inherited privilege not just to support the ongoing power and influence of the dynasty – as was Philippe of France’s goal – but also to impact favourably the world around him.

This piece was originally published on The Conversation.

Tips for cycling around the city