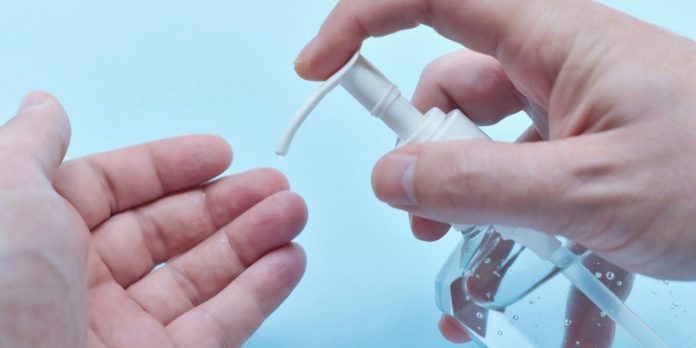 A Which? investigation has uncovered hundreds of listings for essential products at inflated prices sold via online marketplaces, and has found evidence that thousands of items have been sold at these rip-off rates.

The first page of search results for some popular brands on online marketplaces such as Amazon Marketplace and eBay were rife with household essentials being sold for at least double the typical supermarket price, as some third-party sellers seek to profiteer amid the coronavirus crisis – and Which? has heard similar reports from consumers who are vulnerable or in desperate need of these in-demand items.

The consumer champion has also uncovered evidence on eBay that thousands of these essential products such as hand sanitiser, cleaning products, toilet roll and tissues are being purchased at these high prices by consumers. Unknown to the brands, the unscrupulous traders often exploit popular household names such as Andrex, Carex, Dettol and Kleenex in order to profit.

Which? recognises that action is being taken against price-gouging by both Amazon and eBay through blocking and removing large quantities of listings or offers and suspending accounts, but its investigations continue to find large numbers of essential products being listed for sale at inflated prices, suggesting measures from marketplaces alone are not enough and government intervention is needed.

Based on the first page of search results for Carex on Amazon Marketplace, more than half (56%) of Carex products, including hand wash and hand sanitiser, were being sold for five times the typical supermarket price or more and one in 10 (9%) were on sale for 10 times the price. In fact, 98 per cent of those items on the first page of search results were on offer for double the typical price or more.

For Dettol products listed by Amazon sellers on the first page of search results, which included antibacterial soap, wipes and spray, around six in 10 (63%) of listings were double the price or more.

On the first page of listings for Dettol on eBay, Which? researchers found that not only were nearly nine in 10 (85%) of Dettol items being sold for double the typical supermarket cost, but two in 10 (22%) were five times the typical price, and 8 per cent were 10 times the price.

Which?’s new price-gouging reporting tool has also received hundreds of reports of inflated prices so far, six in 10 (58%) of which were about products sold on online marketplaces. Given that Amazon and eBay are by far the most popular online marketplaces in the UK, it’s no surprise that a large proportion of reports are about them.

Consumers are also encouraged to report any issues they see to Amazon and eBay directly.

Of the other 42 per cent, the majority were about supermarkets or large chain stores. One reason Which? set up the tool was due to the difficulty in investigating bricks and mortar cases during lockdown. A third of tool users also reported they are buying products even when they believe them to be at unfair prices.

Which? has heard from housebound vulnerable people who rely on essential items such as cleaning products to protect themselves from Covid-19 – and have reported the sky-high prices they have seen on online marketplaces.

Kathryn Taylor, 59, has a chronic lung condition and has to stay at home due to serious issues with her immune system. She saw a seller on Amazon Marketplace selling 1 litre of Dettol spray for £29.99. She said: “It’s disgusting. I have had to use these products for years now for hygiene reasons for managing serious health conditions and the current shortages mean I have to try to look elsewhere if not available for my Tesco delivery, but I cannot afford to pay the prices.”

On eBay, a 500ml bottle of Dettol surface cleanser, usually sold for £1.75 or less, was listed for more than £9 by one seller. In the reviews, a buyer said that they had been forced to buy it at an ‘exorbitant price’ for their elderly mother who suffers from Parkinson’s disease.

Which? also saw issues on OnBuy, which claims to be one of the world’s fastest growing online marketplaces and was reported to Which? by people trying to find Dettol products.

One person who used Which?’s price gouging reporting tool said that they had found Dettol antibacterial washing machine cleaner on sale for £19.59 via OnBuy, instead of the typical £3.50. Another told Which? that they had been trying to buy Dettol anti-bacterial spray, and had found a bundle of three 750ml bottles on OnBuy for £45.94, rather than the usual £2.50 a bottle.

Which? found multiple examples of products listed by sellers for inflated prices via OnBuy. A bundle of six 750ml Dettol Power and Pure kitchen sprays, usually £3 each, was being sold for more than £40 including postage. A pack of Dettol wipes was for sale for £15.81, more than three times the usual £5.

Which? will be sharing its price-gouging tool data with the CMA, which has set up a special Covid-19 task force to look at issues faced by consumers.

Which? is calling for emergency legislation to give regulators the tools to swiftly crack down on price-gouging on certain essential products during this crisis, and any future ones.

“It cannot be right that potentially thousands of people have paid unjustifiably high prices to buy essential items during this Covid-19 crisis. While welcome, it’s clear that measures being put in place by online marketplaces are not enough to stop coronavirus profiteering by those seeking to exploit the current situation.

“The government, working with the CMA, needs to step in with emergency legislation to enable swift action to crack down on price-gouging and keep the price of essential items reasonable during crises both now and in the future.”