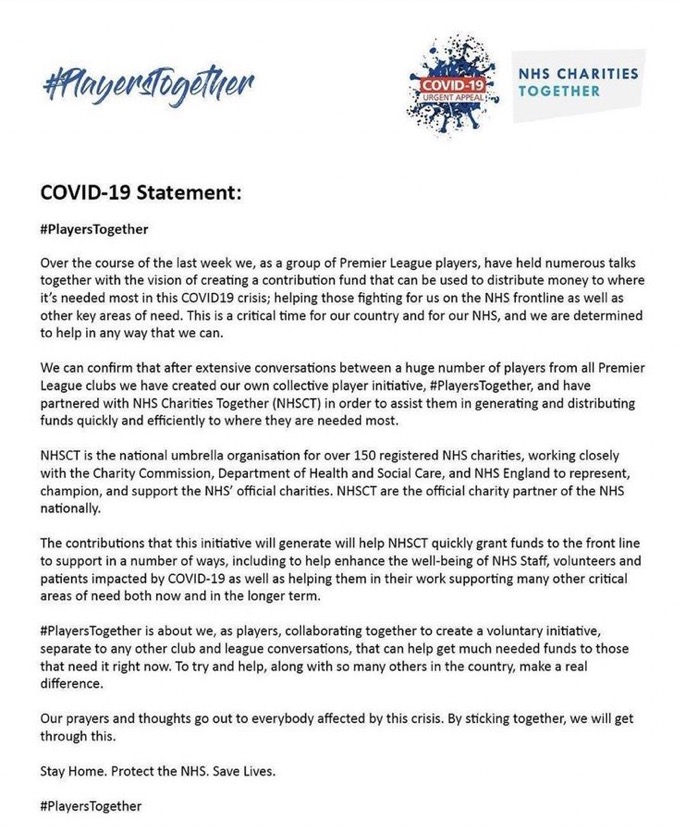 Premier League footballers have launched a “collective initiative” to help generate funds for the National Health Service and distribute them “where they are needed most”.

The initiative – named #PlayersTogether – has been set up to “help those fighting for us on the NHS frontline” amid the coronavirus pandemic.

It has partnered with NHS Charities Together (NHSCT).

In a statement released by Liverpool’s Jordan Henderson they say:

“We can confirm that after extensive conversations between a huge number of players from all Premier League clubs we have created our own collective player initiative, #PlayersTogether, and have partnered with NHS Charities Together (NHSCT) in order to assist them in generating and distributing funds quickly and efficiently to where they are needed most.”

“Footballers are doing their bit as I was confident they would. Let’s hope that others that are in a position to help, those that weren’t unfairly targeted, do likewise. Proud of our players”

“Warmly welcome this big-hearted decision from so many Premier League footballers to create #PlayersTogether to support NHS Charities. You are playing your part.”