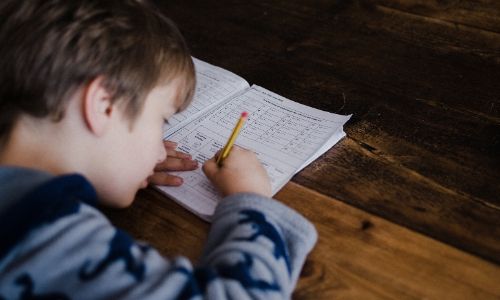 With school exclusion figures reaching record highs, a new study has found that Children with mental health needs require urgent support from primary school onwards to avoid exclusion, which can be both cause and effect of poor mental health.

The research, led by the University of Exeter and published in and published in Child and Adolescent Mental Health concluded that a swift response is needed, finding that young people with mental health difficulties were more likely to be excluded and also suffer ill-effects from exclusion. The research, which was initially funded by a doctoral studentship from the NIHR Collaboration for Leadership in Applied Health Research and Care South West Peninsula, found gender differences in the relationship between mental health and exclusion.

Boys who entered school with poor mental health are at high risk of exclusion in primary school, which prompt assessment and intervention may prevent.  There were too few girls excluded at this early stage in their school career to be sure if they also had poor mental health prior to school entry.

Professor of Child and Adolescent Psychiatry, Tamsin Ford said: “This research provides further evidence that poor mental health may be both cause and effect of exclusion from school.  These children are often facing a wide range of challenges, and need both education and mental health practitioners to act quickly and effectively to prevent exclusion and improve both educational and health outcomes in later life.”

The 2017 Mental Health of Children and Young People in England survey reported that one in eight children between five and 19 years old had at least one mental disorder. Latest government statistics also suggested that exclusions had hit an all-time high during the 2017-18 school year with 7,900 pupils excluded, equivalent to 42 per day.

Children in the current study who were excluded from school often had poor mental health and faced early family adversity, signalling the need for support for vulnerable children throughout their schooling. Researchers found gender differences in how exclusion impacted the mental health of children.

The study used data from the Children of the 90s study, which included assessing children’s mental health at a set range of ages from three to 16 years old. Data collection for this cohort, which has run the early 1990’s, was funded by the Wellcome and Medical Research Council.  More than 8,000 parents responded to a survey asking whether their child had been excluded from school up to the age of eight, and more than 4,000 replied to a second question whether their child had been excluded between 15 and 16 years old.