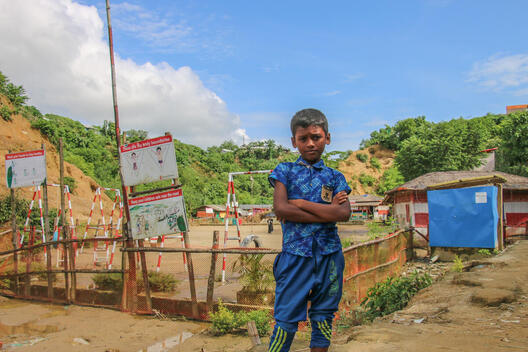 The COVID-19 pandemic has had a devastating impact on the education of children from poorer backgrounds and is widening the gap between rich and poor, a new global survey by Save the Children revealed today.

In the six months since the pandemic was announced, the most vulnerable children have disproportionately missed out on access to education, healthcare, food, and suffered a significant increase in violence in the home.

Eight in ten children surveyed believed they had learned little or nothing since schools closed and two thirds of the children had no contact with teachers at all during lockdown. Less than 1% of the poorer children interviewed had access to internet for distance learning. Among households that classified themselves as non-poor, it was 19%.

The pandemic has widened inequalities along wealth lines, the survey found. More than three in four households reported an income loss since the beginning of the pandemic.

But poorer families were more likely to see their income hit (82%) than those not classified as poor (70%). Almost two thirds of the households (62%) found it difficult to provide their families with varied, nutritious food during the pandemic.

Violence at home doubled. During school closures the reported rate was 17% compared to 8% when the child was attending school in person.

The findings are in a new a report based on the largest global survey of its kind since the COVID-19 pandemic was declared.

Some 25,000 children and their caregivers shared their experiences, hopes and fears during this unprecedented crisis.

Rachael Sweet, Head of UK Influencing at Save the Children, said: “COVID-19 has widened existing inequalities. The poor have become poorer, with a devastating impact on children’s access to healthcare, food, education and safety.”
“To protect a generation of children from losing out on a healthy and stable future, the world needs to urgently step up with debt relief for low-income countries and fragile states, so they can invest in their children. The needs of children and their opinions must be at the centre of any plans to build back what the world has lost. Otherwise they will pay the heaviest price.”

Three years ago, Solema and her family fled horrific violence in Myanmar. She said: “They were shooting at us, slaughtering us, taking away little babies from their mothers, drowning us and burning us,” she said.

The family spent weeks in the jungle before joining thousands of other Rohingya families in what is now the world’s largest refugee camp in Cox’s Bazar, Bangladesh.

Today, coronavirus restrictions have forced Solema and her husband to close their shop, leaving them struggling to feed their children and reliant on food distributions.

Growing up in the midst of Yemen’s brutal conflict, 12-year-old Aiman* suffers from brain atrophy, which makes it difficult for him to move and walk.

Aiman’s school was repaired by Save the Children after it was damaged by air strikes. Despite the fact he relies on the teachers to write down his answers, Aiman was one of the top students in his class. But since the pandemic struck the school has been forced to close.

“School is closed and studying has stopped because of the COVID- 19 outbreak… I stay home. I don’t go anywhere so I don’t get infected,” he said.

Priscovia, 17, from Zambia said: “We ask for governments to spend more money to make sure that we can continue learning while at home by providing radios, TVs and internet learning. They must make sure that children in rural areas and from poor families also get to learn. We want to see mobile libraries passing in our communities delivering books for us to learn.”

Children who fall behind in their education run a greater risk of dropping out completely and falling victim to child labour, child marriage and other forms of exploitation. Save the Children estimates that this pandemic has caused the largest education emergency in history, with some 9.7 million children not returning to school this year.