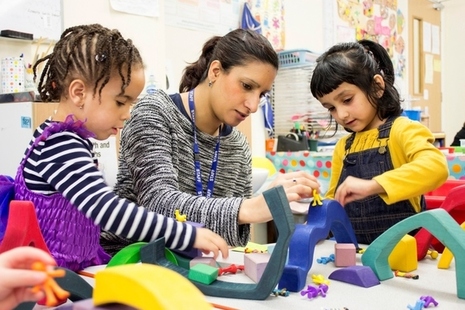 The proposals that could take effect from September 2019 could mean that a school that has great teachers and a great curriculum could be rated outstanding from September, even if pupils’ results are mediocre.

A revised framework will focus inspection on what children learn through the curriculum, rather than over-reliance on performance data and will call time on the culture of ‘teaching to the test’ and off-rolling.

The new framework proposes a shift that will rebalance inspection to make sure that young people are being taught the best of what has been thought and said. Instead of taking exam results and test data at face value, Ofsted will look at how a nursery, school, college or other provider’s results have been achieved – whether they are the result of broad and rich learning, or gaming and cramming.

In many primary schools, rather than reading a wide range of books, some children are instead spending their time repeating reading comprehension tests while in certain secondary schools pupils are being forced to pick exam subjects a year or more early, meaning many lose out on the arts, languages and music.

Meanwhile at GCSE level, pupils are being pushed away from studying EBacc subjects such as history, geography, French and German, and towards qualifications deemed to be ‘easier’

Launching the consultation in a speech to the Sixth Form Colleges Association, Her Majesty’s Chief Inspector, Amanda Spielman, will say:

The new quality of education judgement will look at how providers are deciding what to teach and why, how well they are doing it and whether it is leading to strong outcomes for young people. This will reward those who are ambitious and make sure that young people accumulate rich, well-connected knowledge and develop strong skills using this knowledge.

This is all about raising true standards. Nothing is more pernicious to these than a culture of curriculum narrowing and teaching to the test.

Oldham school dinners team is top of the class