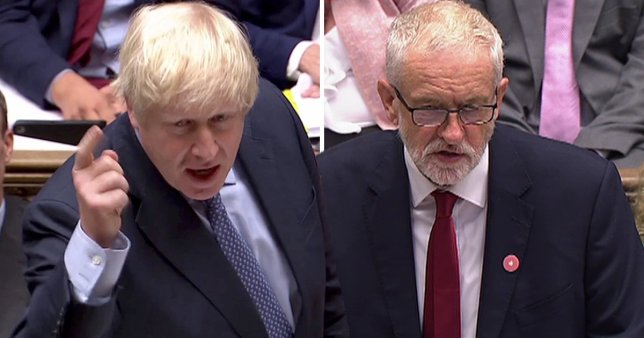 The Ipsos MORI for the Evening Standard puts the Tories on 41 per cent and Labour on 24 per cent, increasing the Conservative lead by eight points since September.

The Lib Dems are on 20 per cent and the Brexit Party are on seven per cent, both parties having lost three per cent since September.

The findings, say the paper, are excruciating for the Labour leader, suggesting that his fence-sitting on Brexit has turned into a disaster.

Eight in 10 people think he has done “a bad job” at handling Brexit, indicating that neither Leave nor Remain supporters admire his performance.

And just over half of Labour supporters think Mr Corbyn has handled Brexit badly.