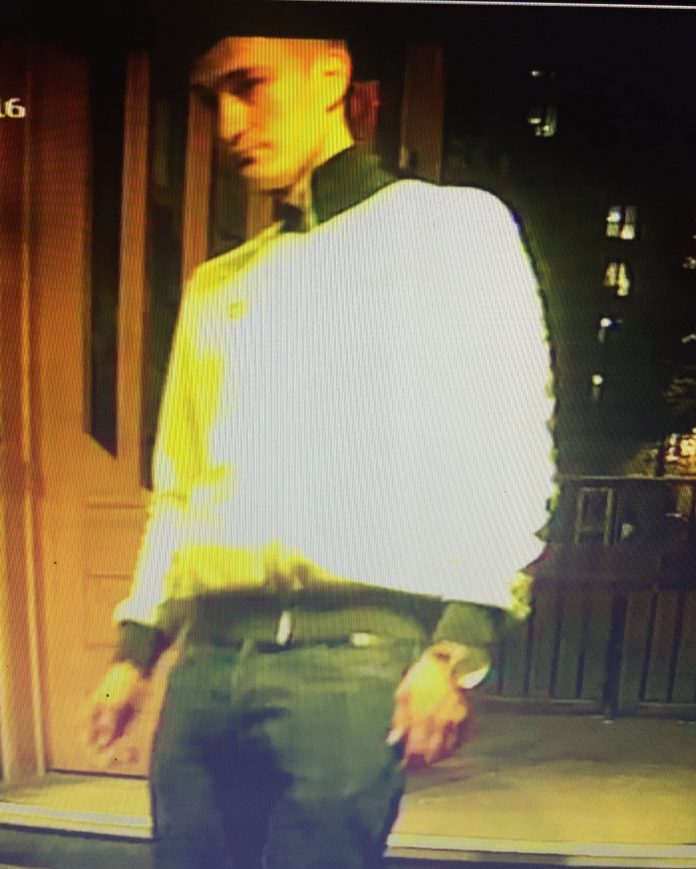 A 27- year-old woman was on the number 8 bus travelling through Salford into Manchester when she was approached by a man who began speaking to her before trying to kiss her.

The woman got off the bus at Shudehill and walked to work in the Northern Quarter. But the man followed her there and had to be escorted from the premises.

The following week on Friday 7 April the man approached the woman again on the same bus route. The woman ignored him and he got off the bus, however he returned to her work that evening.

The man had also returned to the woman’s work between the two incidents.

Police have now issued an image of the man in the hope that the public can help identify him.

Police Constable Gareth Bishop, from GMP’s Salford Borough, said: “Luckily no serious harm came to this woman, but she was left terrified by the incident.

“Incidents like this leave people scared to go about their daily business, and no one should be made to feel that way.

“We have now managed to find a picture of a man we would like to speak to in connection with this incident.

“Anyone who recognises him, or may remember witnessing these incident,s is asked to get in touch with police as soon as possible.”

Anyone with any information is asked to contact police on 101 quoting incident number 1855 of 8 April 2017 or the independent charity Crimestoppers anonymously on 0800 555 111.

Three arrested on suspicion of murder and rape of 36 year old woman in...