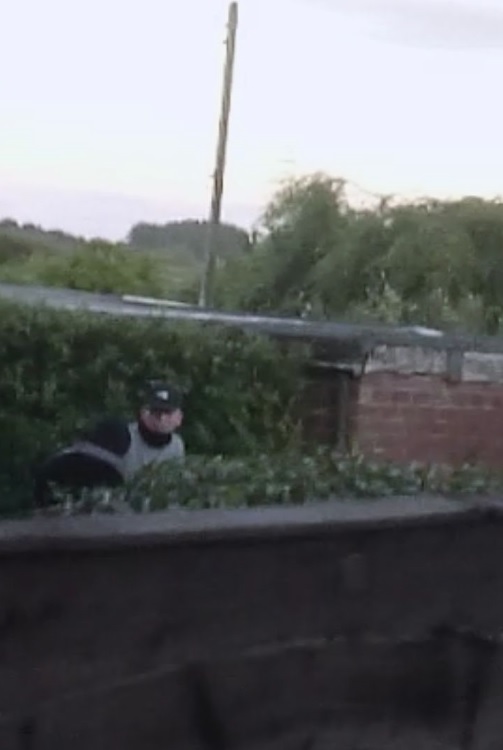 Police have now released images after a trio of men who forced their way into an elderly man’s home armed with baseball bats in Bury on Saturday night.

Shortly before 8.40pm on Saturday 5 August 2017, police were called to reports of an aggravated burglary on Gatefield Close in Radcliffe.

The elderly man was badly beaten and taken to hospital with serious injuries.

A neighbour who was visiting the elderly man at the time of the robbery was also injured and required hospital treatment.

One of the offenders has been described as white, of medium height and wearing a white t-shirt.

The offenders then fled the scene in a light coloured Peugeot 206, believed to be silver or pale blue.

The car was believed to have been driven along Bolton Road in Radcliffe as well as Stopes Road, Church Street and Lever Street in Little Lever. This is believed to have happened at around 8.45pm on Saturday 5 August 2017. 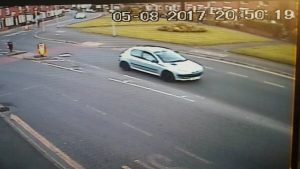 Detectives have also released an image of a man they are particularly keen to speak to in connection with the offence.

Detective Sergeant Ian Partington, from Bury CID, said: “We are hoping people might recognise something from these pictures that could really help with our investigation.

“I know they aren’t the best quality but someone should be able to recognise the car or remember if they saw it that day. The car’s likely to have stood out because it has completely black wheels, whilst the man is wearing distinctive clothing which will hopefully be identifiable to someone.”

“I would urge anybody that thinks they have any information on either the car or the man to please contact police.”

Two jailed after mowing down a motorcyclist in Burnage