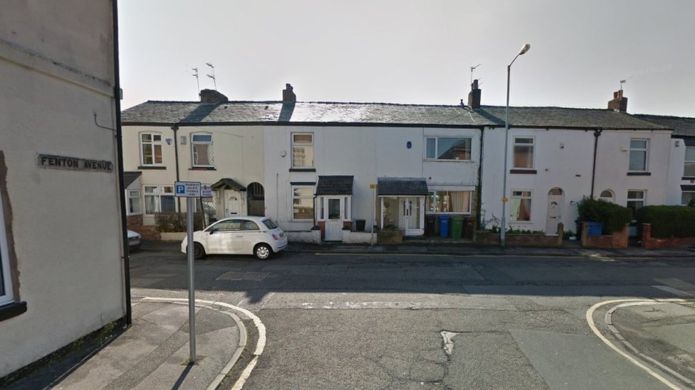 A76-year-old woman had her handbag stolen twice in exactly the same location in Hazel Grove police have revealed.

The first incident happened around 11am on Monday 10 June as the woman was walking close to the junction of Bramhall Moor Lane and Fenton Avenue when a man approached her and threatened to stab her if she didn’t hand over her handbag.

The man then snatched the woman’s handbag and made off in the direction of Hazel Grove centre. The victims credit card then used at the Nat West Bank in Hazel Grove around 20 minutes later.

This was reported to police and an investigation was launched.

The woman then fell victim to another robbery in exactly the same location at around 12.50pm on Sunday 23rd June

This time, a man, described as in his 20s and wearing a grey and black hooded top, snatched the woman’s handbag this time pulling her to the floor as he stole it from her before running away across London Road through the traffic. The woman sustained a fractured shoulder as a result of the robbery.

A 39-year-old man has been arrested in connection with both robberies. He is now in custody for questioning.

Detective Sergeant Matthew Tarr from GMP’s Stockport division said: “To be a victim once is bad enough, but to be a victim of robbery twice is terrifying and it is even worse that the second time the lady was badly injured.

“We have made an arrest in connection with the robberies but we are still appealing for information on both.

“I want to be able to tell the lady that we’ve got her the justice she deserves and I can only do that with the help of those who may have witnessed these awful incidents.”