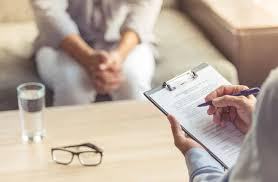 Thousands of people with cancer in the North West may be too ashamed to seek help with life-changing side effects that are considered taboo by people in the region – potentially putting their health and recovery at risk.

Macmillan Cancer Support says thousands of people with cancer in the North West are facing side effects including anxiety or depression sex and relationship issues and bowel and bladder problems.

However, a poll for Macmillan by YouGov has revealed that these, and many other common side effects of cancer, are often seen by the general public in the North West as taboo.

The poll also revealed that among those living with cancer in the UK, one in five – around 500,000 peopleii – found it difficult to seek help with problems resulting from the illness because they felt embarrassed or ashamedi.

Around a quarter of people with cancer say they have been reluctant to talk about issues relating to the disease because of how other people might react.

Macmillan is worried that shame and stigma is preventing people in the North West getting help for very common and often treatable side effects, putting them at risk of deteriorating physical and mental health.

Health and social care professionals from across the UK are calling for an end of cancer side-effect taboos in a new video from Macmillan.

Sex and relationships are the number one taboo issues in the North West with 55% saying they’d find these issues difficult to talk about, and 45% saying they would struggle to even talk to their partner, close friends or family about themi.

However, 33% of people with cancer in the North West say the disease had a negative impact on their ability or desire to have sex, and 19% say the same for their relationship with their partneriv.

The poll shows that other prominent taboos in the North West were problems with bowels or bladder (43%), financial issues (44%) and feelings of sadness and depression (41%)i. All of which can occur as a result of a cancer diagnosis and treatment.

“Receiving a cancer diagnosis can turn your life upside down and affect much more than just your physical health. The side effects can be emotional, physical and financial.

“We want people with cancer to know that whatever they’re going through, they’re not alone. Many of the ‘taboo’ impacts of a cancer diagnosis are treatable and thanks to the generosity of the UK public, Macmillan is here to help.

“The findings of this poll also show why it’s so important that all the support needs of people with cancer are recognised and addressed, at diagnosis, throughout treatment and beyond. It’s vital that these ‘taboo’ side effects don’t slip through the net.”

Almost all doctor are concerned about the general indirect impact of COVID-19 on their...

Just one third of people in the UK managed to access the hospital care...