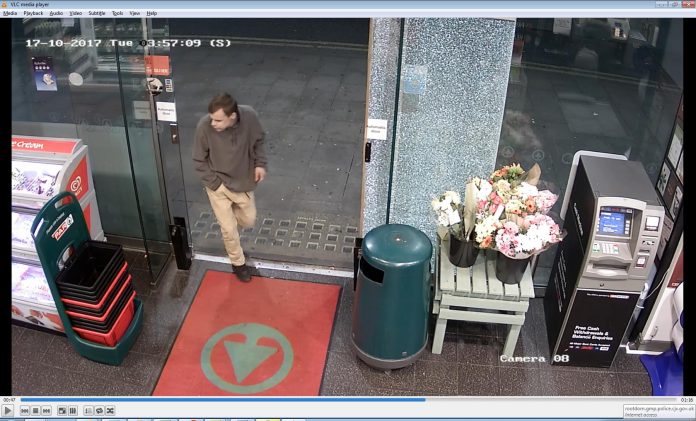 A 29-year-old man is in hospital with life-threatening injuries after a “one punch attack in Piccadilly in the early hours of Tuesday morning this week.

Officers investigating believe that the man was punched in an unprovoked attack and hit his head when he hit the ground.

Images have now been released of the man wanted in connection with the attack.

Detective Inspector Gary Smith from GMP’s city centre team said: “My thoughts are with the man as he fights for his life and his family at this devastating time.

“We have released an image of the man who we wish to speak to in connection with this attack.

“The person responsible is dangerous, to do this to someone completely unprovoked is shocking and we need to find them and bring them to justice.”

25 year old arrested on suspicion of attempted murder after shooting in Miles Platting...