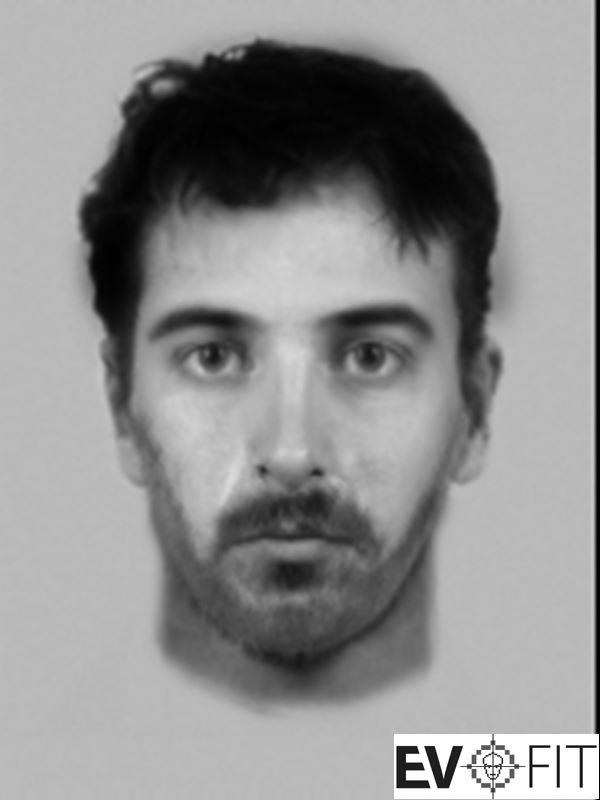 Police have released an e-fit after a woman was grabbed and dragged down an alleyway in Salford late on Thursday night.

The 18-year-old woman was walking over the swing bridge on Barton Road in Peel Green, Eccles when she noticed that a man was following her.

He disappeared for a few minutes after going under a canal bridge, but emerged behind the woman again while she walked down Peel Green Road.

As the woman sped up and crossed onto Langland Drive, the man grabbed her and dragged her into a narrow alleyway that leads to Boscombe Avenue.

The victim struggled against the offender and managed to break free, after which the man fled back onto Langland Drive and headed towards the swing bridge.

This incident is believed to have taken place between 10.35pm and 10.45pm that night.

The offender is described as white, in his late 20s, of slim build and with short, dark brown hair, facial hair and a thin face. He was wearing a zip-up red and black raincoat with baggy bottoms.

Detective Inspector Ben Cottam, of GMP’s Salford borough, said: “This is a truly shocking incident and I would like to ask locals to remain vigilant when walking in the area at night.

“There is a dedicated investigation team who are working tirelessly on this case, but we do need the public’s help to find this man.

“If you witnessed this incident or think you might have seen the offender in the area then I urge you to get in touch as soon as you can. You could hold vital information.”