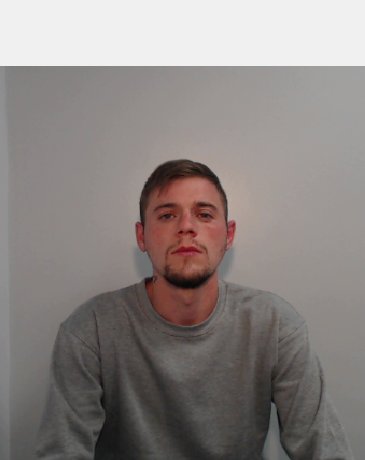 A man who held a police officer at gunpoint in Partington has been jailed for six years today at Minshull Street Crown Court.

Michael Scott aged 27 of no fixed address pleaded guilty at an earlier hearing to one count of possession of a prohibited firearm and three counts of possession of a firearm with intent to cause fear of violence against police officers.

Scott will serve an extended license period of two years on his release from prison.

The court heard how in the early hours of 30 June last year, police received numerous reports of a disturbance on Moss Lane in Partington and as officers arrived on scene, they were confronted by Scott – armed with a gun.

After aiming his loaded weapon at an officer, Scott fled on foot closely followed by the officer and several police cars, but he managed to jump over fences to escape arrest.

The police helicopter was deployed which traced Scott to Derwent Close and followed him as he paced through the neighbourhood whilst gradually discarding his clothing – which was later recovered.

Firearms officers caught up with Scott on wasteland behind the close where he was subsequently arrested.

Later that day, a specialist operations search team conducted an area search to locate the firearm that Scott managed to hide as he evaded police.

The loaded sawn-off shotgun was recovered from the roof of an electric substation on Manchester Road and immediately taken into evidence for processing.

Detective Sergeant John Seaton of GMP’s Trafford borough, said: “Thankfully no-one was injured at the hands of Scott but the damage he could have easily caused with a fully loaded weapon doesn’t bear thinking about.

“This incident serves as a stark reminder of the dangers that first responders are often faced with and I would like to commend the officer for his bravery. He continued to chase Scott on foot even after having a loaded gun pointed at him.

“The support of the police helicopter was integral to us tracing Scott and the evidence he had tried to abandon during his escape attempt.

“Our team of dedicated officers worked hard to piece together Scott’s movements including CCTV analysis and witness accounts and I would like to thank each of them for their hard work which has made today’s result achievable.

“I hope Scott uses the next six years to reflect on his actions.”