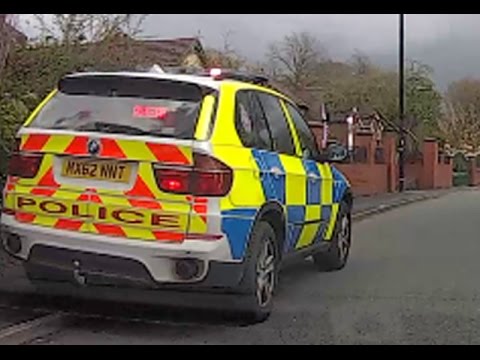 A man had attempted to sexually assault the girl on Woods Lane around 6.00pm on Wednesday evening

The girl was followed by a man who had his phone in his hand and appeared to be either filming or taking photographs.

He followed her as she walked along Gillbent Road, Church Road, Woods Lane and onto Cheadle Hulme School grounds.

He caught up with her as she entered the school grounds and grabbed hold of her skirt but the girl managed to push him off and run to safety where she alerted a member of staff.

The man is described as white, approximately 18-years-old and of slim build. He was wearing a black bubble coat with the hood up and black skinny trousers with a pair of black and white Vans.

A full investigation has been launched and GMP officers are working closely with the school and local council to ensure they receive the appropriate support and safeguarding measures are put in place.

Detective Sergeant Melanie Johnson, of GMP’s Stockport borough, said: “The girl has been left extremely shaken by this ordeal and specialist officers are supporting her and her family at this difficult time.

“I appreciate that this will cause concern in the community but I would like assure people that we are treating this as an isolated incident and have increased patrols in the area. They will remain over the coming days, so please approach them with any concerns or queries and they will assist in any way they can.

“We are following several lines of enquiry but would urge anyone who was in the area at the time that may have seen someone matching the man’s description or someone acting suspiciously to please get in touch.

“I would also appeal to anyone that may have travelled along these roads around the time of the attack to please share any dash cam footage with us, as they may have captured the man in the description.”