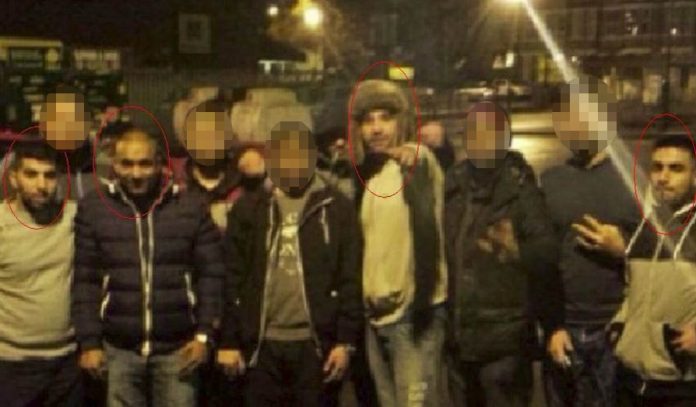 A Chorlton organised crime group, who were prepared to use guns to protect their drug dealing enterprise, have been jailed.

On 11 January last year, following a heap of intelligence, officers from GMP’s Xcalibre Task Force and Challenger Team executed a warrant at a house on Stanton Street, Gorse Hill, discovering 3.25kg of high purity cocaine and a Taser disguised as a police torch.

Mohammed Dhiya Ali aged 32 of Stanton Street, Gorse Hill admitted to having the stun gun and the drugs, which he intended to sell on, and was jailed for more than nine years in March 2017. 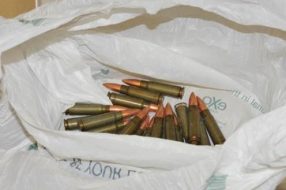 It was as a result of the warrant that the group unravelled, with examination of Ali’s mobile phone leading officers directly to Choudhry Kamran Altaf aged 30 of Kings Road, Old Trafford, Fahad Rasul aged 29 of Wilbraham Road, Chorlton and Raheel Rehman aged 29 of Lambton Road, Chorlton – the head of the conspirators.

The next month, a series of warrants were executed at their houses, adding to the original seizure.

Under Altaf’s bed was a functioning Makarov pistol with a silencer and seven bullets – commonly known as an assassin’s kit. On the way to the police station, Altaf realised the severity of the situation and admitted that, although he felt like crying, it was his own fault and knew he wasn’t going to make the wedding he was planning for.

Rasul,Rehman’s right hand man,claimed to be ‘police savvy’ and discussed police raids with his co-defendants but was caught by surprise as officers arrived at his house.

As soon as he saw them, he sent a message to Ihitsham Raja aged 22 of Kings Road, Chorlton and Mohammed Zia Munir aged 44 of Withington Road, Whalley Range instructing them to dispose of drugs and other items linked to their illicit activity by texting ‘Feds at mine ged ridz.’

Although he was able to give his criminal colleagues the heads up, it was too late for Rasul and officers found £6,700 in cash along with some cannabis in his bedroom.

Less than a week later, a search warrant executed at Munir’s home, that he shared with his wife and children, uncovered 1.75kg of cannabis, 180g of cocaine and 32 rounds of 7.62 ammunition.

He admitted to allowing the group to use his garage as a safe location for drugs, which was verified by forensic enquiries and ultimately gave officers enough evidence to execute their final warrant at Raja’s house a couple of months later. 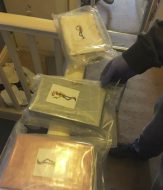 £1,000 in cash was added to the overall seizure as well as a mobile phone which had a photo of a kilogram block of cocaine on it that had been taken at Ali’s house.

Once all were in custody, officers uncovered the true extent of their dealings with Rehman ordering the others to arm themselves with guns to protect the enterprise, whenever they had drugs or cash on them; ‘Get a piece you got bare doh on u.’

Today four of the group were jailed for almost 32 years at Manchester Crown Court, Crown Square.

Ali was previously sentenced to nine years and seven months and Altaf will be sentenced on 23 March.

Detective Constable Chris Lees of GMP’s Serious Crime Division, said: “These six individuals thought they knew how we worked and how to evade the law but today has proved that nothing could stop us from catching them and bringing them in front of a judge.

“Information from local people is paramount in taking positive action like this against those who run unlawful businesses with no regard for who they hurt in the process.

“As we stand here today, I want to thank the local people and partners who have made it possible to take these six people off the streets so they’re unable to break down the communities others work so hard to build.”

Rochdale man jailed for 33 years for rape of two teenage girls before subjecting...