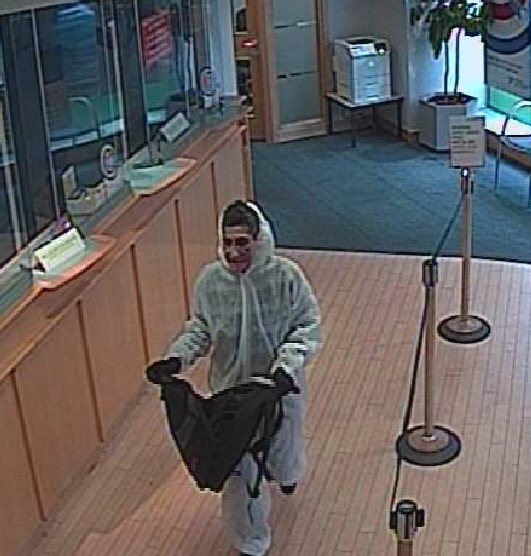 Shortly after 4.45pm on Wednesday May 25 2016, a woman walked into the Yorkshire Bank posing as a customer and passed a threatening note to staff demanding money before producing a kitchen knife.
Staff managed to activate the security shields causing the woman to flee empty handed.

The woman then walked across Piccadilly Gardens to the Santander Bank, and demanded money while threatening staff with the same knife. They handed over an amount of cash before the woman left the premises.

The woman is described as white, around 50-years-old with short spikey purple hair, slim build, 5ft 5in tall, with a large nose and a birth mark on the left side of her face and wearing a white boiler suit.

Detective Constable Mike Reed, of GMP’s City of Manchester division, said: “This woman has walked into a city centre bank at a busy time and threatened staff with a knife before forcing them to hand over money. The staff were shaken but fortunately nobody was harmed.

“We are appealing to anyone who may have been in the area at the time and recognises this woman to come forward.”