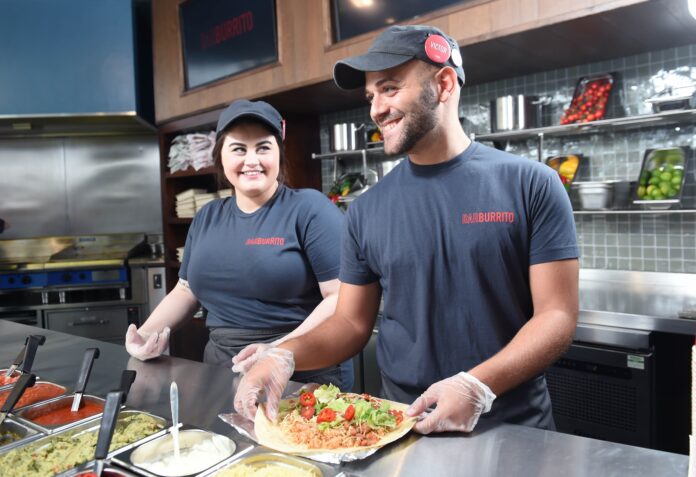 In a flying first for a UK restaurant that sells both meat and plant-based options, Mexican Eatery chain, Barburrito, has announced its plant-based chicken filling is on course to overtake real chicken as the most popular item on its menu this month.

Supplied by THIS, the pioneer of creating hyper-realistic plant-based products that look and taste just like the real thing, THIS Isn’t Chicken is hot on the feathers of Barburrito’s most popular filling, grilled chicken.

In the past six months, the plant-based version has soared above Barburitto’s other real meat fillings including chicken and chorizo, spicy shredded beef and pulled pork.

Barburrito, who boast 14 sites across the UK from Glasgow to London, has experienced soaring sales over the past 12 months as the country has been plunged into national lockdowns, leaving consumers clutching onto the lifeline of their food delivery service.

The news is a reflection of the shifting eating habits as more people switch to a more plant-based led diet. Britain alone has seen a 40% increase in consumers switching to veganism since 2020, rising from 1.1 million people to 1.5 million people at the start of 2021. Whilst analysts at Barclays have predicted the value of the global plant-based food and drink market could soar by more than 1,000% – exceeding £100bn by the end of the decade.

Lynsey Hutchinson, Marketing Manager at Barburrito said, “We want to give our customers as much menu choices as possible and it’s been fantastic to see THISTM Isn’t Chicken become so popular. Whilst we know the plant-based filling has helped draw in a vegan fanbase, we’ve been surprised by how many meat-lovers have started mixing it up and giving plant-based a go.”

THIST has shaken up the plant-based world in the last 20 months by creating products that look and taste just like meat, targeting meat lovers while delighting its vegan fanbase. It helps of course, that Co-Founder Andy Shovel, ran a burger chain – yes a real one – before turning his hand to hyper-realistic plant-based food instead.

Andy Shovel, Co-Founder at THIS comments, “What an absolutely massive milestone for THIS – the dream has always been to make products as good as (if not better than) the real deal. Overtaking real, clucking chicken as the main protein in one of the UK’s favourite Mexican eateries is major.”

Flexible TVs and high performance wearable smart tech one step closer thanks to this...