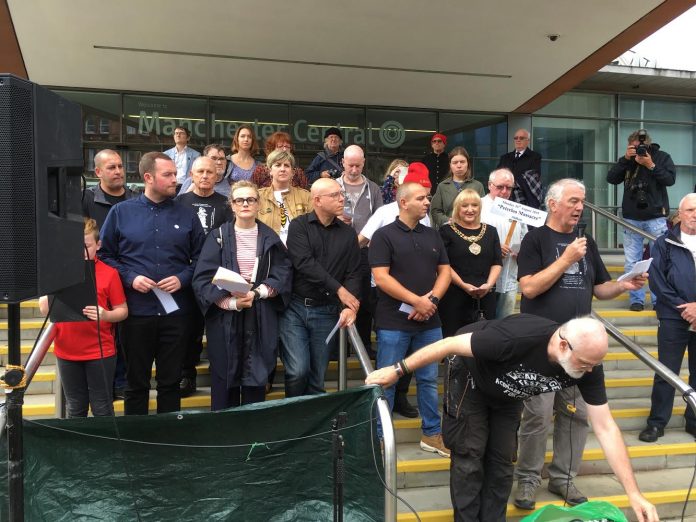 Plans for a permanent memorial to the victims of  the Peterloo Massacre by Jeremy Deller, the Turner prize-winning artist, will be unveiled at the end of October and will be put to a public consultation.

The announcement was made as a crowd of around 1000 gathered outside Manchester Central yesterday afternoon to commemorate the 199 anniversary of the event and hear the names of the 13 known victims of the events of 1819 when over 60,000 people gathered at the then St Peter’s fields to campaign for the reform of parliamentary representation.

Local actress Maxine Peake was among the guests that read out the names of the victims in a moving event that began at 1.00pm and to mark the 100 years since women first gained the right to vote, also heard some of the accounts of the women survivors.

Still got that Hunger-The Zombies are coming to Manchester