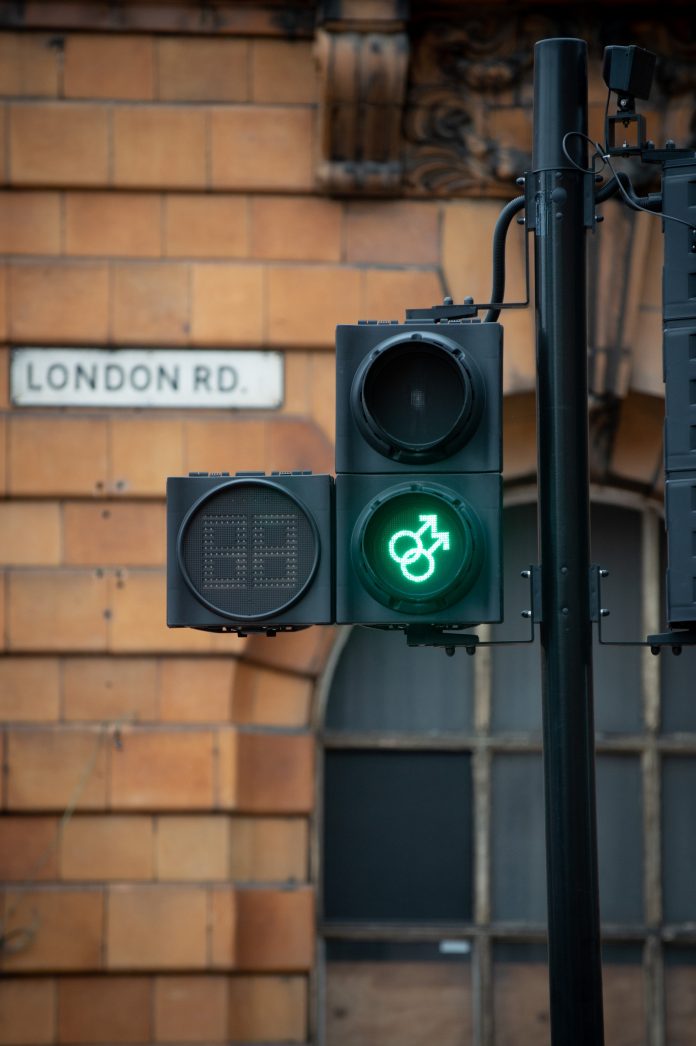 To celebrate The Manchester Pride Festival which will be held between August 24th and 27th, some of Manchester’s pedestrian signals in the city centre will be replaced with a range of diversity images by Siemens.

Inspired by a similar set of traffic signals that was produced for Bournemouth Pride this year and London Pride in 2016, these unique signals were manufactured by Siemens Mobility Limited’s Intelligent Traffic Systems (ITS) business in the UK to show Manchester’s support for LGBT+ diversity.

Siemens has changed 34 of the traditional ‘green-man’ symbols to different diversity symbols, with these remaining in place for the duration of the bank holiday weekend. The signals being changed are on the junctions of London Road & Fairfield St junction, Whitworth St & Sackville St and finally Princess St & Whitworth St 8 optics.

Mark Fletcher, Chief Executive for Manchester Pride, said; “It’s great to see Siemens stepping out in support of LGBT+ people. As the charity which campaigns for LGBT+ equality all year round in Greater Manchester, we work hard to engage organisations to provide greater visibility. These diversity images on traffic lights do this is a fun and engaging way”.

Juergen Maier, CEO of Siemens UK said: “We are proud to have worked so closely with Manchester Pride and TfGM on this initiative, and to show our support for the festival in a fun and engaging way by installing these LGBT+ signal designs. Diversity and inclusivity is very important to Siemens, and this is a great example of a simple idea of supporting Pride and getting all people in Manchester to engage in a conversation about LGBT+ inclusion.”

Bob Morris Transport for Greater Manchester Chief Operating Officer said: “One of Greater Manchester’s greatest assets is its diversity. We are proud, in conjunction with our traffic signals contractor Siemens, to transform some of the traffic lights around the Gay Village for Pride. Hopefully they’ll give visitors and residents a special welcome as they enjoy the festivities over the Big Weekend.”

Deputy Mayor of Greater Manchester Bev Hughes said: “Greater Manchester is known around the world for being a beacon of hope and acceptance for LGBT+ people. This initiative is a superb symbol of how everyone in our city-region should be free to express who they are and who they love.”

The festival, which is an award-winning four day event celebrating LGBT+ life, is made up of The Big Weekend, The Manchester Pride Parade on Saturday afternoon, the alcohol free space that is The Superbia Weekend and the culmination of the festival The Candlelit Vigil.

The event takes place in August, with this year’s The Big Weekend set to run from Friday 24 – Monday 27 August and the Parade on Saturday 25 August.

The Big Weekend is renowned for bringing some of the best homegrown and international artists to the heart of Manchester City Centre to celebrate LGBT+ life and 2018 is set to prove no different.  Topping the bill on the Thomas Cook Airlines Stage will be artists including Rita Ora, Jake Shears, Sigala and Alexandra Burke.

Siemens will also be sponsoring a well-being community café at LGBT Foundation in the Gay Village over the course of Pride which will provide a dedicated space for people to relax, meet other people and reduce social isolation.

Rob Cookson, Deputy CEO, LGBT Foundation “LGBT Foundation is delighted to be working with Siemens, who will be providing support for our Community Café during Pride. The Community Café provides dedicated space for the LGBT community to relax, meet other people and reduce social isolation. Making the traffic lights inclusive is also amazing and shows Siemens providing strong leadership and visibility in the field of LGBT equalities.”

Greater Manchester’s LGBT Adviser Carl Austin-Behan added: “These traffic signals are a way to show positive visibility that our great city can demonstrate that everyone in Greater Manchester is accepted for who they are.  It’s such an important and beautiful message for LGBT people across Greater Manchester and those that are visiting for Manchester Pride. It’s great to get these messages across in a fun and simple way that can make such a big impact.”

EE is launching its first 5G service in Manchester next week