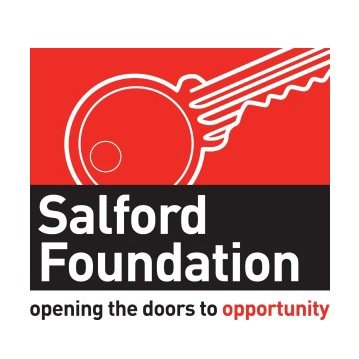 A pioneering Salford project is steering young people away from organised crime and helping them build more positive futures.

STEER, which is run by Salford Foundation, has worked with 15 young men, aged 12 to 17 in its first year and another 13 are currently being helped.

Among its successes are one young man who had been arrested for stealing a car and anti-social behaviour and whose school attendance had dropped to 28%.

Since working with the project he has gained a place on a pre-apprenticeship course achieving 90% attendance and winning praise from his tutors. He now plans to pursue a trade apprentice and says the project has hugely improved his life and prospects.

The project is funded by Salford Community Safety Partnership’s Gulf project and Greater Manchester’s Programme Challenger which works across Greater Manchester and has recently launched a new strategy. Both seek to steer young people away from organised crime while tackling crime through intelligence, prosecution and disrupting their activities.

Deputy Chief Executive Phil East said most of the young people involved with the project have family members or associates who are involved in organised crime and have been referred because of being involved in anti-social behaviour, violence in the family, a sudden loss of interest in school or hobbies or are starting to stay out unusually late.

“Our work is all about helping them to create a better future for themselves and see the positive things that can bring them,” he said.

“We do a lot of work with them about their thoughts and feelings now, how they see their futures and encourage them to have dreams and set goals. We get them involved in positive activities such as sports or fitness which they love and talk to them about drugs. Many of the young people come to realise they feel much better if they cut their use of cannabis and they reduce their risk of being used as couriers to pay off drug debts. We also engage people who have served time in jail to tell them the realities of prison life, which have often been glamorised.”

“That’s a big area of work, helping them to find ways to resist peer pressure and cope with stressful situations.

“Several of the lads – and so far it has all been lads though the project is open to young women as well – tell me they have walked away from arguments because they don’t want to risk their place on an apprenticeship programme and are very proud of themselves for doing so. Before they would have got involved in a fight but now they recognise there are better ways of reacting that don’t get them into trouble and that avoid negative consequences.
.
“We do three month reviews with everyone on the programme and they have all shown improvements in taking responsibility, motivation, problem solving, engagement with education and minimising risk taking behaviour. They’ve also significantly reduced their offending and the number of times they have given the police cause for concern.”

Councillor David Lancaster, lead member for environment and community safety at Salford City Council, said the programme showed what could be done when resources were pooled together.

“Salford Foundation has a long history of working with teenagers and adults who have been involved in crime. This project is about giving young people a chance to enjoy their lives now and create a positive future for themselves. It’s something which could be replicated across the country.”

Superintendent Marcus Noden said: “We’re proud to support such a worthwhile initiative which in its first year is already having a positive and long-lasting impact on young people in the area.

“It is great to see that STEER is giving young people the skills and incentive to be able to walk away from crime, as well as giving them the opportunities to build themselves a better future.

“Crime and antisocial behaviour can have a hugely negative impact on the local area, so the STEER project is not only having a positive effect on the lives of the young people but on the community as a whole.”

Programme Challenger is Greater Manchester’s partnership approach to tackling serious organised crime in all its forms.

Responding to the problem of organised crime is not solely the responsibility of the police and the criminal justice system; it requires collaboration with a range of organisations from the public, private and voluntary sectors, as well as a positive, reciprocal relationship between these agencies and the law-abiding public. In recognition of this, Programme Challenger was launched in 2013 to send a clear message to all communities in Greater Manchester that this type of criminality would not be tolerated and that there is strength in collaboration which will make this approach more effective in stopping organised crime than ever before.