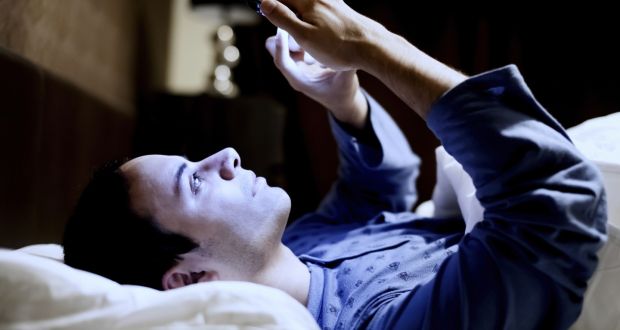 It has been in the news a lot but now scientists think they have the answer to one of our first world problems.

Visual displays which may stop us from feeling sleepy, can be redesigned to give us all a well-earned rest, say scientists from the Universities of Manchester and Basel.

The team led by Professor Rob Lucas and Dr Annette Allen from The University of Manchester today unveil new technology which could revolutionize displays in televisions, smartphones, projectors, computer screens and tablets.

The researchers – who published their European Research Council funded study in the journal Sleep– say the technology could also mean that night workers are less likely to fall asleep at a computer.

The device – which the researchers call a ‘melanopic display’ allows users to control the alerting effects of screen use and can also enhance the visual appearance of screens, say the team.

The technology allows the amount of cyan light in images to be altered while keeping colours true.

Conventional display is made up of red green and blue primary colours, which match up with three types of photoreceptors in our eyes.

The team added a fourth ‘primary colour’ (cyan) which controls melanopsin cells in the eye which detect light, normally in the daytime.

When the cyan light was turned up, the eleven participants in the trial felt more alert; when turned down, they felt more sleepy.

They watched a movie produced with or without the cyan primary, rating how sleepy they felt afterwards and producing saliva samples for the team to measure levels of melatonin, a hormone produced by our body when it thinks it is night).

Participants felt more alert when exposed to cyan light and sleepier when the cyan was dimmed even though colours looked the same. Melatonin levels in their saliva were also higher when cyan was turned down.

Professor Lucas said: “This outcome is exciting because it that tells us that regulating exposure to cyan light alone, without changing colour, can influence how sleepy we feel.

“Our study also shows how we can use that knowledge to provide a next generation of visual displays.

“We built our melanopic display by adapting a data projector, but we would expect that this design could be applied to any type of display.”

He added: “Such displays could, for example, help phone obsessed teenagers to fall asleep, or support alertness in people who need to use a computer at night.

Dr Annette Allen continued: “The new display design could actually have a wider benefit, as it seems that this technology also improves image appearance.

”Like adding salt to food, we aren’t necessarily aware that it’s been done though we appreciate the effect.”