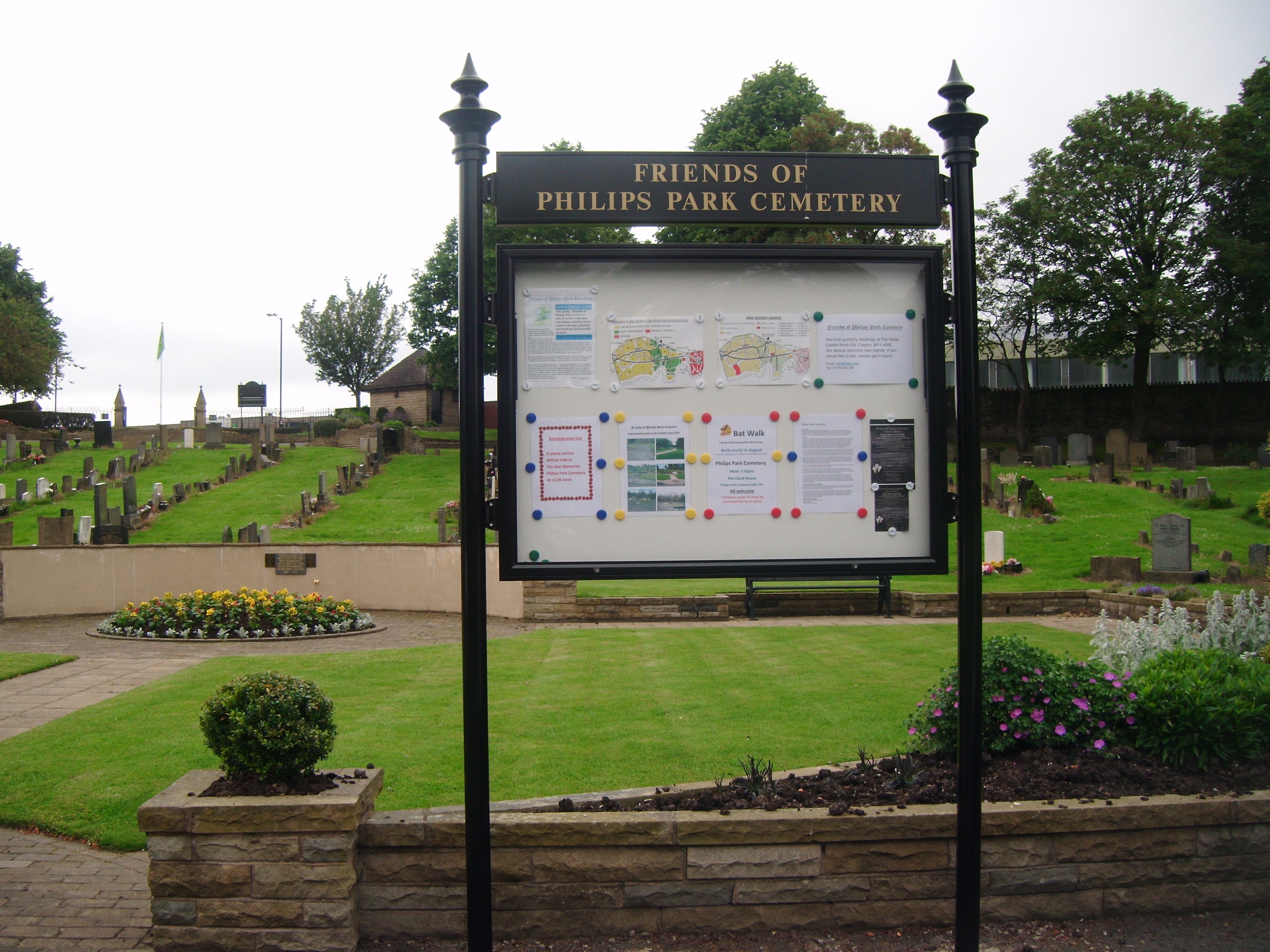 In October 2016, Philip’s Park will celebrate its one hundred and fifty year anniversary and to mark the occasion, there will be an exhibition at Manchester’s Central Library.

The exhibition is being organised by local historian Michala Hulme along with The Friends of the Cemetery and Manchester City Council.

With the project is now a year away, Michala is asking the public to send in their stories and pictures of any ancestors that they have buried in the cemetery.

She estimates that there are around 312,000 people buried in Philips Park, the first municiple cemetery in the city when it opened. It was, she says, built by the people, unemployed cotton workers, for the people.

The origins of the cemetery really started after the burial acts of the 1850s. The acts gave local corporations the power to build municipal cemeteries, which it was hoped, would solve the burial crisis that had been dominant in major industrial cities in the first half of the nineteenth century.

Manchester was somewhat behind its neighbour Salford in getting a municipal century – Salford had built it’s municipal cemetery in Weaste in the late 1850s.

It took Manchester till the summer of 1863, when the council finally received approval from Sir George Grey to build a cemetery. Grey stated that the Corporation could build a new cemetery on a chosen plot of land in Bradford, Manchester, as long as they observed the regulations for new burial grounds.

By the Autumn of that year, a competition had been launched by the Cemeteries Site Sub-Committee, to find an architect to design the buildings and layout of the new cemetery. In total 14 designs were received and judged at the Town Hall, and the winner was declared as ‘Trefoil in an Octagon’, which had been submitted by local architects Ayliffe and Paull. The men would be working alongside landscape gardener William Gay. The building of the cemetery was commissioned to out-of-work cotton operatives, who were unable to find employment because of the cotton famine.

On the 25th October 1866 the family of four-year-old Jonathan Hope walked the two miles from Ancoats to bury their youngest son. Jonathan Hope’s father was a cotton weaver who lived with his family on Murray Street in one of the poorest districts in the city.

The family arrived at the Roman Catholic portion of the cemetery for the service in the afternoon, and was met by the minister, the Revd. Liptrott from the parish of St Ann’s and Registrar Albert Jarrett. Jonathan Hope was buried at 2.00 pm. He was the first person interred in Manchester’s first municipal cemetery.

Over the next 150 years, another 310,000 people would be interred into the cemetery; they included war heroes, cotton spinners, merchants, mechanics and mayors.

In 1872, the river Medlock which runs alongside flooded and over 72 people were washed from their graves.

Manchester Council to set out its Green and Blue Strategy