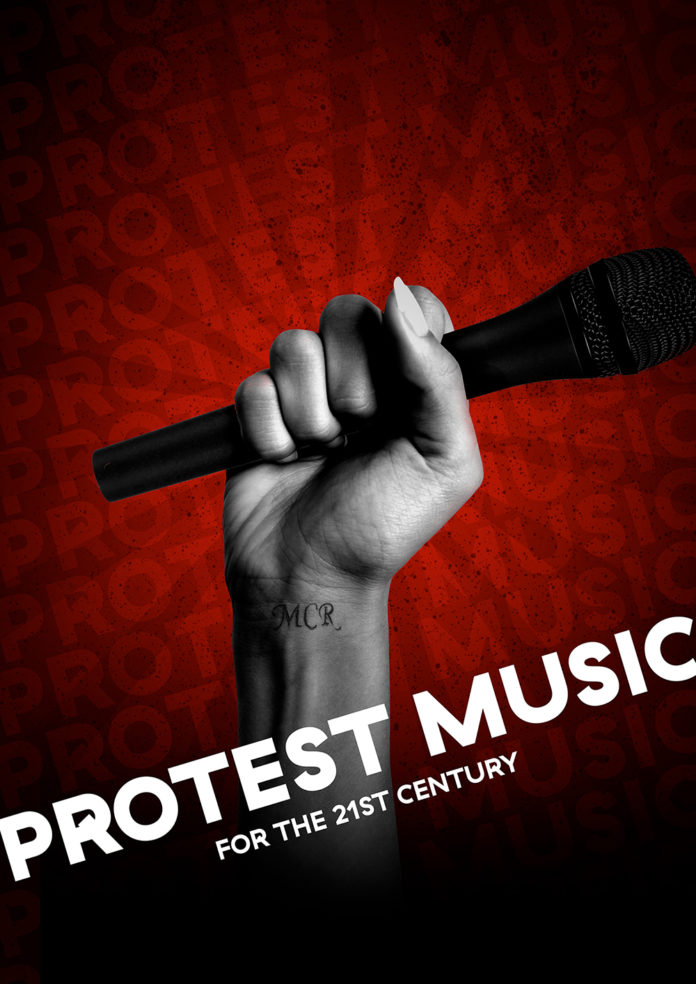 Two hundred years since the Peterloo Massacre, RNCM and Manchester Histories have joined forces to create Protest Music, a powerful and compelling performance of original music produced by Manchester artists, musicians and communities led by the legacy of this historical milestone.

Two Protest Music performances will premiere as part of the Peterloo 2019 programme of summer events on Saturday 6 July (3pm & 8pm), giving people the chance to immerse themselves in a live experience, hearing for the first time music composed by RNCM students in collaboration with some of Manchester’s most talented musicians and performers. The collaboration includes MC Fox (Levelz, Swing Ting), Che3kz, performers from arts and homelessness charity Streetwise Opera, electronic composer/producer Mandy Wigby (aka Architects of Rosslyn) and the Ignition Orchestra, led by Katie Chatburn.

Protest Music is connecting the story and significance of Peterloo with the voices and talent of Manchester people today. It will be a completely different, moving, thought-provoking and intense experience with a range of sounds and voices, storytelling through various genres including opera, hip hop, spoken word and contemporary pop. This coming together of diverse artists and RNCM students to create and share original work with an audience, reflects 200 years of the city’s radical history and the role that it has played on the nation’s road to democracy.

Streetwise Opera will perform four songs that the group reworked from traditional Peterloo ballads. With echoes of contemporary issues evident, they look at the state of life that led to protestors gathering in Manchester and follow events from people marching to the meeting, to the stand off between the protestors and the authorities, to the massacre itself. It will be a poignant, raw and emotional performance set to an original score by RNCM composer Charlotte Marlow.

The power of song, music and people, whether 200 years ago or as part of today’s Manchester music scene makes a compelling combination. Adding an approach that is completely of the moment, is the new work that’s been written and produced by MC Fox and Che3kz in a collaboration with RNCM songwriters tackling current issues such as oppression, fake news, climate crisis, migrant crisis, social media anxiety and more.