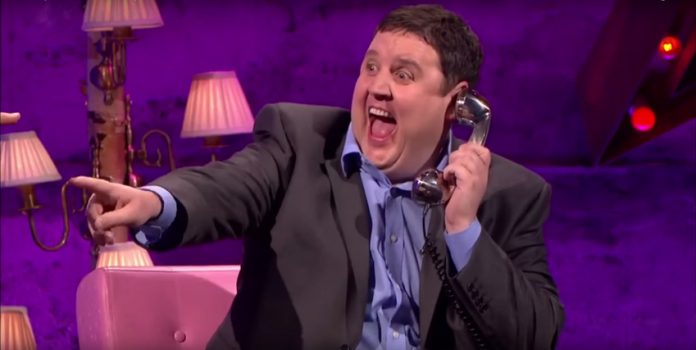 Peter Kay returns to Manchester O2 Apollo for the first time in over 13 years to host two very special charity shows in one day.

At this brand new Q&A in aid of The Kyle Buckley Fund and The Polly Haydock Appeal the award winning comedian will discuss his phenomenal career in comedy plus will be showing some exclusive clips and outtakes from his acclaimed shows.

Peter says “My aim is to do two shows on Saturday 15th July, a matinee and an evening performance with all profits going to these two incredibly worthy charities. Any funds raised will go a very long way to making both these people’s lives better”

In January 2014 Kyle Buckley, a Year 6 pupil from Bolton was diagnosed with a rare muscle tissue cancer called Rhabdomyosarcoma. During intensive treatment, a drug had an adverse effect on Kyle and he became deaf in July 2014.

Giving it his all, he fought hard but Kyle unfortunately relapsed in May 2015. Kyle underwent a course of chemotherapy and twenty five session of radiotherapy and was given the all clear in December 2015.

In March of this year, Kyle had his three month routine scan which showed the cancer had returned. Kyle is once again starting treatment to keep the cancer at bay until a trial becomes available and is offered. There are also some options open to Kyle which involve him travelling to America for treatment. A ‘GoFundMe’ fundraising page has been set up with the aim to help him get the much needed treatment he needs.

Mum of three Polly Haydock from Westhoughton, Bolton was diagnosed with cancer at the end of 2015 and, after receiving heart breaking news that her cancer had reached Stage 4 last July, Polly set about the daunting task of raising over four hundred thousand pounds to receive expert treatment in Germany.

The treatment, which is unavailable in the UK, could not only prolong her life but may also help cure the disease. Polly and her family, including her three children, have been raising money for the specialist treatment via GoFundMe and the response has been overwhelming.

All profits from Peter Kay – A Very Special Live Q&A will go towards the The Kyle Buckley Fund and Polly Haydock Appeal, Polly Haydock’s My Children Need Their Mummy Cancer Treatment Fund.

At the Q&A the audience will discover insights into Peter Kay’s numerous successful award winning series including the BAFTA award winning Car Share, Phoenix Nights, Max & Paddy’s Road To Nowhere, That Peter Kay Thing, Britain’s Got The Pop Factor featuring Kay’s female alter ego Geraldine, as well as his latest stand-up tours, the latter of which holds the Guinness Book of Records as the most successful stand-up comedy tour in the world.

Plus, he will be chatting about his surprising career in the music world and success as an author with three best-selling books.

Tickets go on sale Friday 30th June at 9am via www.ticketmaster.co.uk / www.seetickets.com.