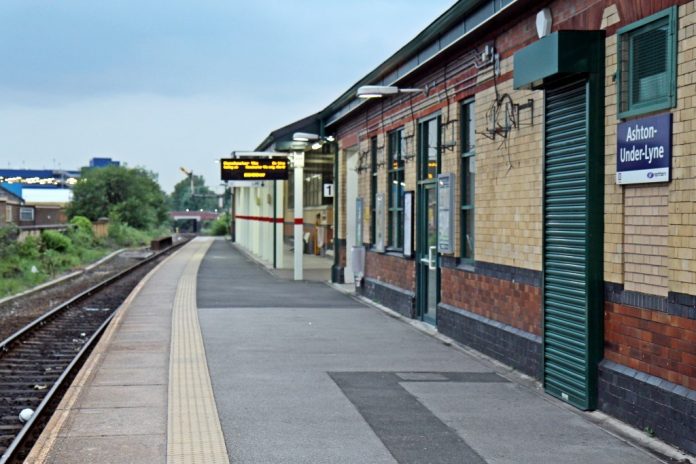 Ashton-under-Lyne station will close between Saturday 8 and Sunday 31 July while engineering work takes place to enable better journeys between Manchester Victoria and Stalybridge.

The work is part of the Great North Rail Project which will see over £1bn invested in the railway across the north as part of the national Railway Upgrade Plan.

Network Rail engineers will be working round-the-clock over the three week closure to rebuild the railway bridge over Turner Lane and replace and realign over two miles of track.

Northern services will be replaced by buses between Manchester Victoria and Stalybridge. Trains will continue to run between Stalybridge and Manchester Piccadilly.

Nick Brown, Network Rail’s project manager, said: “The railway corridor on which Ashton station sits is currently narrow with many curves which restrict the speed that trains can travel. Replacing the bridge deck and realigning the track will result in smoother and straighter track meaning trains will be able to travel faster which, in the long run, means more frequent services on the route.

“I would like to thank passengers for their patience while we improve the railway in their area.”

Liam Sumpter, regional director for Northern, said: “Fantastic improvements are coming for our customers in the north west, including those travelling through Ashton-under-Lyne; with quicker journeys, new and refurbished trains and more frequent services. Before we can deliver that, essential large scale engineering work has to take place and we thank our customers for their patience while this happens.”

This is part of a wider scheme on the line which will not only enable better journey times between Manchester Victoria and Stalybridge, but also allow the increase of services from May 2018.

Water restrictions could be on the way say United Utilities