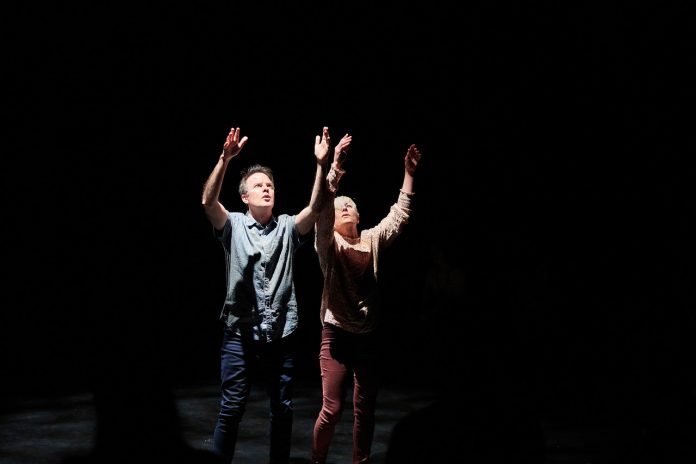 A SPECIAL performance this weekend looks into whether dance can help people suffering from depression and other mental health problems.

Getting Out Of Your Own Way, taking place at the King’s Arms Theatre in Salford on Sunday July 1 as part of the Greater Manchester Fringe Festival, is based on the latest research into how dance can work as a form of psychotherapy.

The performance is part of the Dancing The Blues Research Project – a collaboration between therapists and artists from the University of Salford, Edge Hill and Cambridge University aiming to develop a creative treatment package for people with clinical depression.

Scott Thurston, reader in English and Creative Writing at the University of Salford, explained: “For some people who suffer from depression, talking therapies just aren’t enough – they don’t always have the words, or they don’t feel comfortable opening up to people about the problems they’re experiencing. There’s a lot of evidence that dance can help many of these people.”

Scott will take part in the performance on Sunday alongside choreographer Julia Griffin, senior lecturer in Dance and Performance at Edge Hill, based on findings from University of Salford psychologist Dr Linda Dubrow-Marshall and Ailsa Parsons who have been researching what people with depression have said about how dance has helped them.

Scott added: “There’s a growing understanding that using movement and creative processes can have real benefits for people suffering from clinical depression, but there seems to be a gap in terms of whether people are able to access this form of therapy.

“This project is all about exploring how dance and creativity can help people. We’ve looked at the key themes that clients have fed back and will be presenting that in the form of a performance.”

Academics involved in the project now plan to create a series of workshops later in the year in which clients suffering from depression will be able to take part in a new form of creative arts therapy, featuring dance and other art forms.

The event takes place at the King’s Arms From 4pm on Sunday July 1. Visit here to buy tickets.

Icarus have announced UK lives dates for April 2020 and will perform in ...