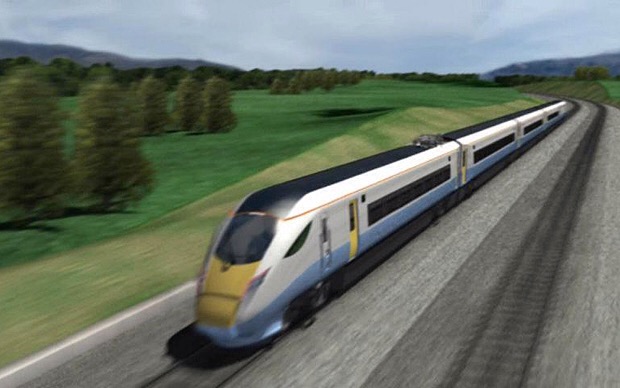 Much better regional train links across the North will be better for the region than a high speed train link to London according to a House of Lords commitee.

Lord Hollick, chairman of the Economic Affairs Committee added that terms of rebalancing, London is likely to be the main beneficiary from HS2.

The report concludes that the government has no convincing case for spending £50bn building the HS2 rail link between London and the North, that the  main arguments in favour of HS2, increasing railway capacity and rebalancing the economy, were still to be proven.

The first phase of HS2 will be between London and Birmingham opening in 2026, followed by a V-shaped section to Manchester and Yorkshire.

It promises to reduce journey times between Birmingham and London from 81 minutes to 49 minutes, and slash the trip to Manchester by an hour to just 68 minutes.

The report calls on the Department for Transport to provide detailed answers to the questions set out by the committee and says that Parliament should not approve the enabling legislation that will allow HS2 work to begin until we have satisfactory answers to these key questions.

No-one should be abandoned to this virus simply because of their age, condition or...